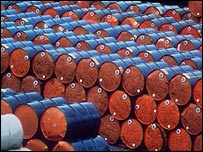 Oil prices spiked from their coronavirus plunge on Wednesday, April 22, after President Donald Trump ordered the US Navy to shoot and destroy any Iranian gunboats that harassed US vessels and after Iran put a satellite in orbit.

West Texas Intermediate crude oil gained 19 percent to $13.78 a barrel, up from $11.37 ahead of the president’s threat. Brent crude was 5.38 percent higher at $20.37. Prices had previously tanked up to 60 percent over lowered demand caused by the covid-19 pandemic and surging supplies that were generated by the price war between Russia and Saudi Arabia. When prices dropped below zero in the US for the first time the Trump administration turned to Moscow and Riyadh to negotiate a cut in production. Smaller oil-producing nations are falling below subsistence level.

DEBKAfile’s sources cite experts as saying that the oil price rebound is likely just a flash in the pan. While Trump’s comments have provided a short-term lift, prices are unlikely to rise consistently without production cuts and/or evidence of global economic recovery from the virus. However, tensions between Washington and Tehran are a constant and ever ready to erupt even during a world pandemic.
Trump’s threat came after 11 Iranian vessels last week came dangerously close to US ships in the Persian Gulf. Earlier on Wednesday, Iran’s Revolutionary Guards Corps – which also run the threatening speed boats in the Gulf – reported the successful launch of its first military satellite into orbit, after a series of failed attempts. The two-stage satellite called “Noor” was said to have reached an orbit of 425km above Earth after taking off from an unnamed site in Iran’s Central Desert. It was put into space by a hitherto unknown system called Ghased (Messenger).

Western experts have long suspected Iran’s space program as being the secret cover for its intensive development of intercontinental ballistic missiles in violation of US resolutions. Israel condemned the launch as “defiant and dangerous” and called for more international sanctions against Iran.