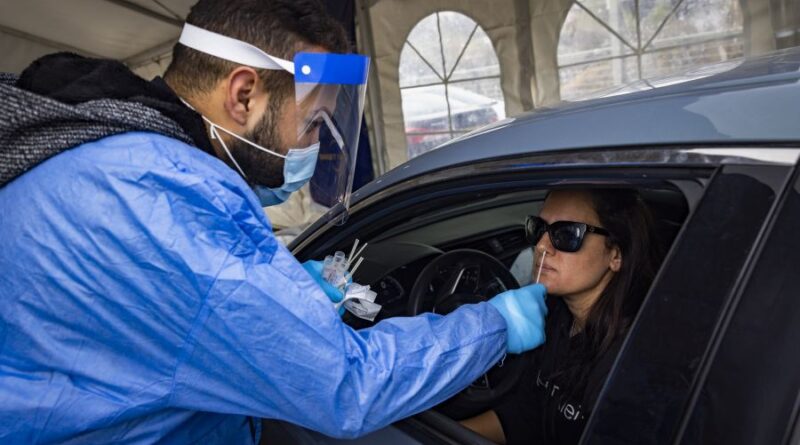 Prime Minister Naftali Bennett’s dire forecast of millions of Omicron victims in the coming weeks and his approval for a fourth vaccine were driven by expert estimates of the havoc posed by the most contagious Covid variant yet to sweep humanity.

The Gertner Institute at the Sheba Medical Center and Weizmann Institute experts agree that the hospitals will not be equal to coping with the number of serious causes at this variant’s eventual peak. Their optimistic estimate is for one serious case for every eight chalked up during the Delta pandemic, such as was registered in the UK. However, more pessimistically, the South Africans report one serious Omicron case compared with five Delta victims.

The first figure could be cut down potentially with the introduction of the new Pfizer Covid cure, the first consignment of which arrived last week, as well as the rapid application of the fourth booster for the general population – it was approved on Sunday for people over 60 and health workers – and a swift resupply of ECM) respiratory machines.
The second scenario would find the hospital system unready for the intake of a surge of seriously ill Omicron patients.

Two sensitive areas must be factored into these estimates:

Even so, most schoolchildren face remote learning in the days ahead – a fortnight at most, since there won’t be enough teachers and students for organized classroom study, unless isolation is waived for vaccinated people and everyone in the classroom submits to daily antigen tests.

The decision to open Israel to overseas travelers from lands where Omicron is as as rampant as in Israel makes sense. At the same time, requiring new arrivals to submit PCR tests before and after their trip in case a new Covid variant, the sixth, is secretly lurking somewhere.

The groups most vulnerable to infection, the elderly and immunocompromised, are in serious danger from the current highly contagious variant. They should be isolated from the public until this wave passes. Institutions for senior citizens must be closed against visitors without the fourth booster vaccination and their caregivers prioritized for PCR tests and the fourth shot.

Above all, all groups, including parents of young children, are strongly advised to take advantage of the availability of a fresh vaccine as the most effective way of skipping severe illness and keeping the country open and functioning.