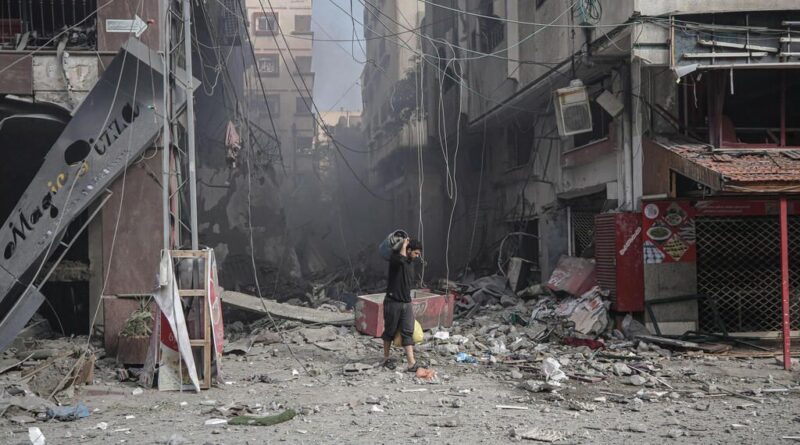 The two belligerents in this distinctive conflict seem to be preparing for a long haul. Is it a war? Not in the conventional sense. It certainly does not match the Guardians of the Walls” designation for the retaliatory operation the IDF is waging against Hamas and Islamic Jihad for the massive rocket offensive they have launched from Gaza, including salvos against Jerusalem and Tel Aviv.

More than 1,000 Palestinian rockets were fired in 39 hours and at least 6 Israelis and 43 Palestinians were killed since Monday. The hundreds of Israeli air strikes included the destruction of three tower blocks in Gaza by Wednesday, May 12, targeting the homes and hideouts of Hamas and Jihad officers. Some were also caught in their cars or on motorbikes.
(The IDF’s Knock on Roof method warned the building’s other occupants to evacuate minutes before the attack.)

The dry statistics don’t illustrate the change of tactics introduced in the current operation by the IDF chief of staff, Lt. Gen. Aviv Kochavi. To avoid a costly ground operation as long as possible, he ordered the air force to hunt down and physically eradicate one by one the operational leadership of the two Palestinian terrorist groups. After several senior officers were taken out on Tuesday, Israeli warplanes the next day struck two apartments in Gaza City, used as secret Hamas hideouts. The IDF and Shin Bet later reported that the Hamas General Staff was meeting there to discuss the next stage of their offensive against Israel. The air strike took our four senior officers: commander of the Hamas Gaza City brigade, the head of its cyberwar unit, the head of its department for product development and the head of its engineering department, as well as additional staffers involved in weapons R&D and manufacture.

Hamas retaliated on the spot by unleashing a 50-rocket barrage against Ashdod, Ashkelon, Beersheba, Gan Yavne, Gedera and other locations in the south.

In essence, this exchange represents an Israeli effort to liquidate the leaders of an aggressive enemy and so counter that enemy’s campaign to grind down the population of Israel’s heartland by wave after wave of rockets.

That enemy is in no hurry to throw in the towel. The IDF estimates that Hamas has amassed 10,000-12,000 rockets and Jihad another 6,000-8,000. If they keep up the present tempo of attacks, they have enough ordnance to keep going for another two or three weeks, at least.
The IDF, for its part, has a large bank of targets in the Gaza Strip, which is constantly replenished by incoming intelligence, while the warplanes continue to give chase after their leaders.

Hamas is confident that by keeping going, it can bring Israel to its knees. Israel, too, is no hurry to give up until its government and military leaders are satisfied that the rules of the game hitherto dictated by Hamas have been consigned to the dustbin. Since Hamas and Jihad have come to understand that Israel’s headhunters will not rest until their goal is achieved, they are keeping up their rocket offensive to prevent Israel from getting its way. Israel aims at seriously denting Hamas’ self-assurance to the point that it begs Egypt and Qatar to seek a ceasefire. Israel will grant this only after dictating terms for a new order in its relations with the Gaza Strip.

The conflict is still a long way from its endgame. Since there is still a way to go, the Israeli security cabinet went into session on Wednesday evening to chart the next stage of the Gaza campaign and its expansion.