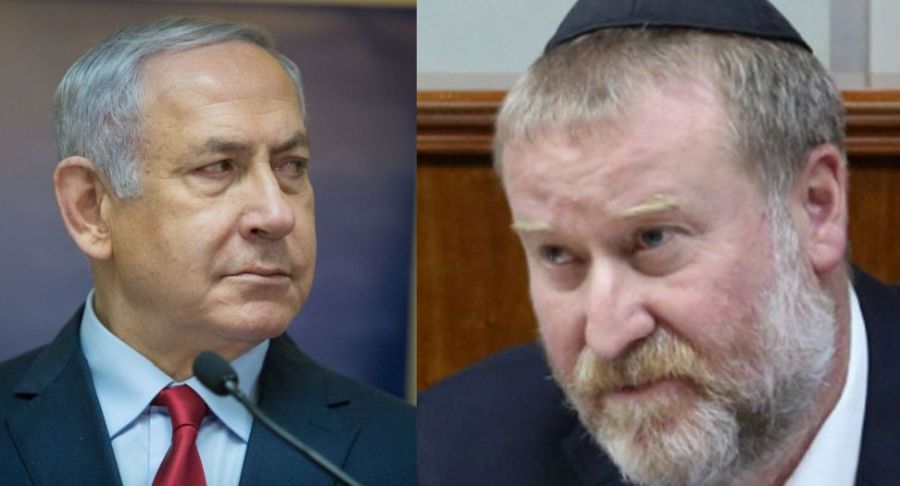 In a dramatic televised speech on Thursday night, Feb. 28, Binyamin Netanyahu pledged to serve Israel as prime minister for years to come after the charges against him collapse “like a house of cards.” Attorney general Avihai Mendelblit had just released his rulings on the three police probes against Netanyahu. All three accused him of fraud and breach of trust and one of bribery – favorable press coverage for the prime minister on a website owned by Shaul Alovitch, the largest shareholder in Bezeq telecom, in exchange for regulatory benefits for the company.

Before he gets his day in court to defend himself, or presents his side of the case to the attorney general, the prime minister faces an election on April. 9. This entire legal process could take months. Until then he is a “suspect.” However, the AG chose to publish the charges 40 days before the election, which Netanyahu’s Likud denounced as “flagrant interference” in the democratic process.  Netanyahu accused his enemies of long persecution and a witch hunt to bring him and his right-wing government down after failing to overthrow him at the polling booth.

Following the prime minister’s address to the nation, two of his leading opponents went on camera to demand that he step down forthwith. Former prime minister and Labor leader Ehud Barak accused the attorney general of dealing too leniently with the Netanyahu’s offences, while opposition Blue-White leader Benny Gantz, who is challenging the Likud leader for election, lavished Brutus-like praise but advised him to step down before he is beaten.

The AG’s 55-page document appears to criminalize the prime minister for choosing officials willing and able to carry forth his policies or any other kinds of machinations which are par for the course for politicians. In the case of Netanyahu, favors were dispensed but no money changed hands, in return for favorable press coverage. Will  this conduct stand up in court as criminal bribery? It would be hard to find any politician who has not solicited a publisher, an op-ed writer or reporter for favorable coverage with offers of benefits.

Trump called him a great prime minister and said he does a great job. Netanyahu returned from Moscow early Thursday after an amicable meeting with President Vladimir Putin in Moscow.