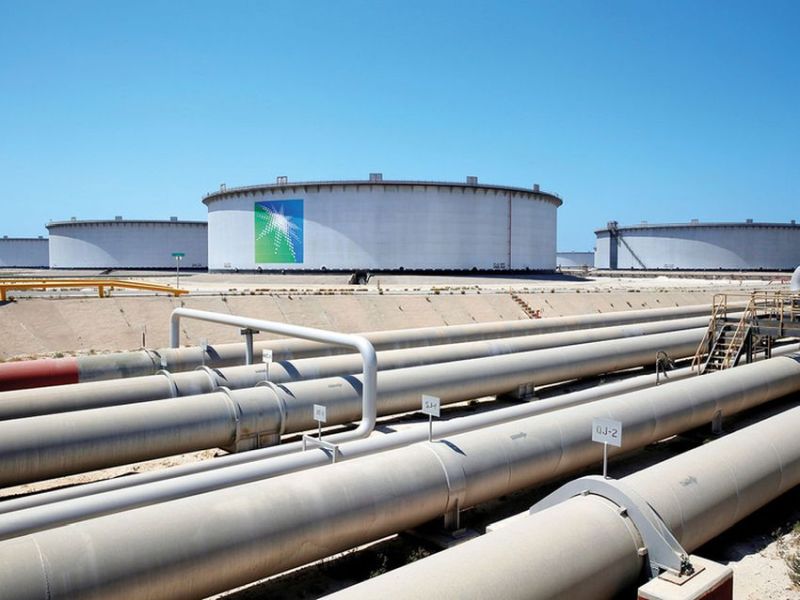 A hot coordination line has just been set up between the Bahrain-based US Fifth Fleet command and the Iranian Revolutionary Guards (IRGC) Navy command in Bushehr, prompted by incoming US intelligence of an imminent Iranian attack on an important Saudi oil facility. This is reported by DEBKA Weekly’s exclusive intelligence sources. However, the term “coordination” doesn’t begin to cover its operation thus far. Whereas the Americans have relayed several messages through the line to their opposite numbers in Bushehr, none were ever answered – even with a polite confirmation of receipt.

To ascertain that they did not fall into a silent void and reached the right address, namely the supreme leader Ayatollah Ali Khamenei’s desk, Washington asked Qatar to transmit those messages directly through his channels to Tehran. They were all cleared in advance by Secretary of State Mike Pompeo, national security adviser John Bolton and the head of the US Central Command Gen. Kenneth McKenzie.

DEBKA Weekly has obtained their content and discloses it here for the first time:

The first message notified the Iranians that Washington is fully aware that the Guards have wound up their preparations for a major attack on a key Saudi oil facility in the oil-rich Eastern Regions.

Underground cells operating in this predominantly Shiite Muslim region are to conduct the attack under the guidance of IRGC sabotage experts who stole into Saudi Arabia by sea. Blaming local dissidents, who just happen to be its proxies, is Tehran’s standard practice for maximizing its own deniability. However, the American message emphasized that that ruse would not hold up this time, since Iran’s criminal input would be proven by the date of execution, as well as by the types of weapon and explosives smuggled into the kingdom from the Islamic Republic.

When the IRGC command and Tehran omitted to reply to this message, the Fifth Fleet command sent a follow-up, the sense of which was: If you persist in going forward with arrangements for this attack, why not take a moment first to remind yourselves of President Ronald Regan’s reaction 31 years ago to the attacks you launched on the oil shipping transiting the Persian Gulf. On his orders, half the IRGC fleet was wiped out. If you don’t stop now, you will face even more extreme punishment.

When Tehran continued to remain silent, a third note went out to Bushehr: This too called on history – although only to demonstrate how times had changed. In 1988, Iran hit 400 oil tankers; this time only six. Just as you failed then to halt the flow of Gulf Arab oil to its foreign markets, the American notice stressed, you will be equallly unsuccessful this time around.

DEBKA Weekly’s sources disclose that when Tehran failed to signal any response to the first three US messages, either from Bushehr or through Qatar, the last two were posted:

1. The Islamic Republic has missed one of its primary objectives in attacking Gulf oil infrastructure, which was to boost the price of oil on world markets for extra revenue to fill its depleted treasury. This has not happened. Any prospective price hikes were quickly eaten up by a 4.5 percent hike in insurance rates for endangered oil freights.

2. Iran’s relations with China, one of its biggest customers and trading partners, were the subject of this final US message to Tehran via the IRGC command in Bushehr. It said in essence that Washington is fully aware that Beijing is purchasing some 11 percent of Iran’s oil product and is treated by Tehran as the key to beating Trump administration sanctions on its oil sales. However, the message goes on to maintain, according to US intelligence, that the exported oil no longer comes from Iran’s oil terminals, but dips into underground stores that were set up in China as a device for helping Tehran evade US sanctions. Further quantities come from the stocks stored on stationary Chinese tankers outside the Gulf (as first revealed by DEBKA Weekly on May 31: China Helps Iran by Providing Storage Tankers for its Unsold Oll)

This means that Iran is selling off the emergency supplies of oil which were set in months in advance of the tough sanctions the US clamped down last November. Those stocks were meant to sustain the Islamic Republic in the face of this crisis. They are now running out fast.

The Americans have also learned that one Chinese company after another is severing its ties with Tehran. The government in Beijing has decided to cut this cord in gradual stages to avoid attracting notice, but the process has begun to gain speed.

DEBKA Weekly’s military and intelligence sources confirm that Tehran and the Revolutionary Guards made no response to any of the US Fifth Fleet messages filed through the new communication line set up between them. And there is no sign that the IRGC has abandoned its plans to hit key Saudi oil structures hard.