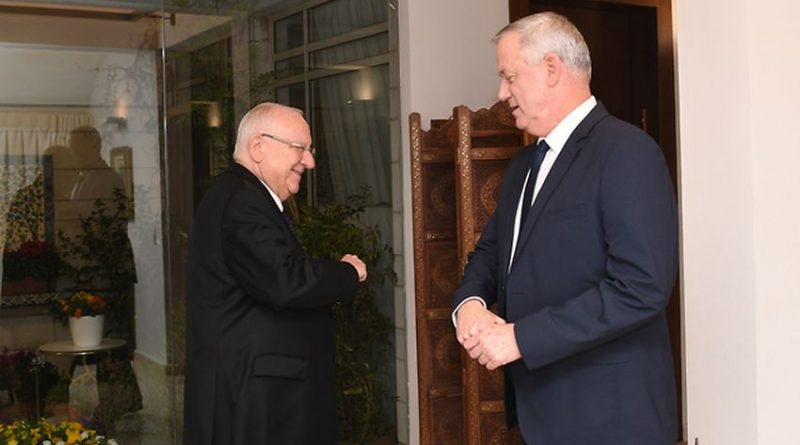 At noon Monday, March 16, President Reuven Rivlin ceremonially charges opposition Kahol Lavan leader Benny Gantz with forming the next government, the third in less than a year, amid popular calls for a unity government to deal with the coronavirus emergency. The number of cases rose to 216.

Sunday evening, caretaker PM Binyamin Netanyahu sat down with Gantz at the president’s residence, after a day of trading blame for their failure to agree on unity. They then announced they had agreed to assign Likud and Kahol Lavan negotiating teams to meet soonest.
The two leading parties’ last window of opportunity for thrashing out a power-sharing formula ends at 4 p.m. on Monday when members of the 23rd Knesset elected on March 2 hold their opening session.

The President was obliged by law to entrust Benny Gantz with the first bid to form a government in view of recommendation by 61 lawmakers compared with the 58 won by Netanyahu.

If the two negotiating teams fail to forge a unity deal by the opening session of the Knesset, Kahol Lavan is poised to vote down Yuli Edelstein of Likud as Knesset Speaker and replace him with one of their number, MK Meir Cohen. Edelstein plans to fight his removal which he calls a “political putsch.” Gantz will then proceed to establish a government on the strength of the 61 MK recommendations to the President. It will be a minority government – minus the 15-member United Arab List