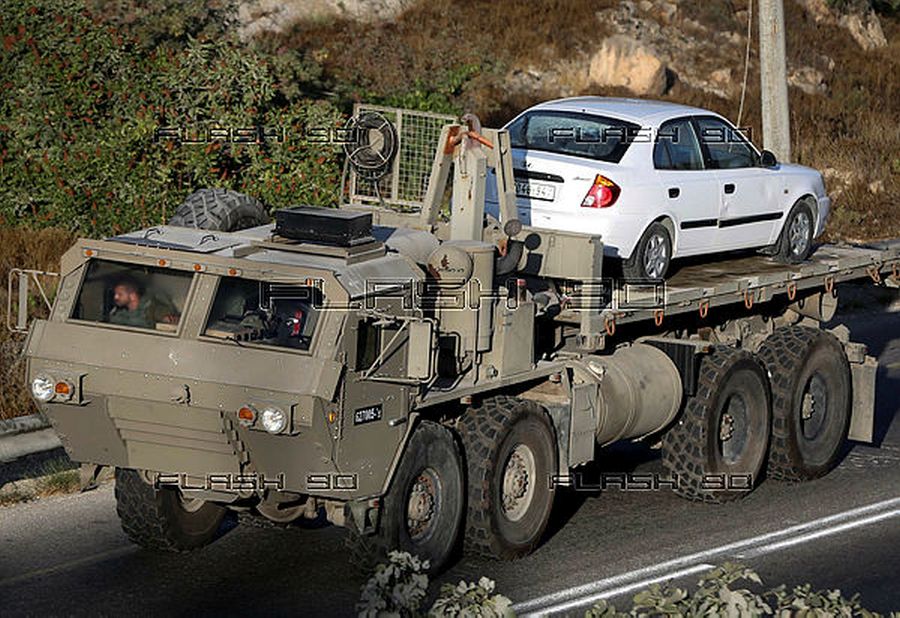 The Palestinian terrorists accused of murdering 19-year old Israeli soldier Dvir Sorek on Friday at Gush Etzion were captured on Saturday, Aug. 10, in a village near Hebron. A large military force placed a cordon around the Palestinian village of Bet Kahil outside Hebron early Saturday. Acting on intelligence data, the troops homed in on the Al-Asafra family home. Hidden in a washing machine, they discovered the knife identified as the weapon used by the murderers to kill the young soldier. Evidence of the crime was also found in the family car which was impounded. Four members of the Al-Asafra family were taken into custody, three men and a woman. The primary suspects of the murder are Nazir Saleh Khalil Asafra, 24, who is a known Hamas activist, and Qassem Aref Khalil Asafra, 30. Both confessed to the crime under interrogation. The other two were accomplices.
The arrests sparked an uproar in the Palestinian village with local youth attacking the soldiers. The disorder was broken up with the help of stun grenades and tear gas.

DEBKAfile’s military sources report that the official Israeli statements and comments released Saturday night after the arrests reflect efforts by the security service and the IDF to avoid highlighting the Al Asafra family’s known membership of the Hamas terrorist organization. This same tendency was conspicuous in the IDF spokesman’s communique on the thwarting of an armed Palestinian incursion from the Gaza Strip before dawn on Saturday. At no point was Hamas identified as having orchestrated the foiled incursion, although the four Palestinians acted like a unit, were heavily armed with a Kalashnikov, an RPG, hand grenades, wire cutters, food and medical supplies indicating plans for a lengthy operation against targets in Israel. Neither did any Israeli official connect this failed Palestinian terrorist incursion with the murder of Dvir Sorek 24 hours earlier. Any such linkage would have led inexorably to the conclusion that Hamas has launched a fresh two-pronged terror campaign against Israel both from the Gaza Strip and on the West Bank.