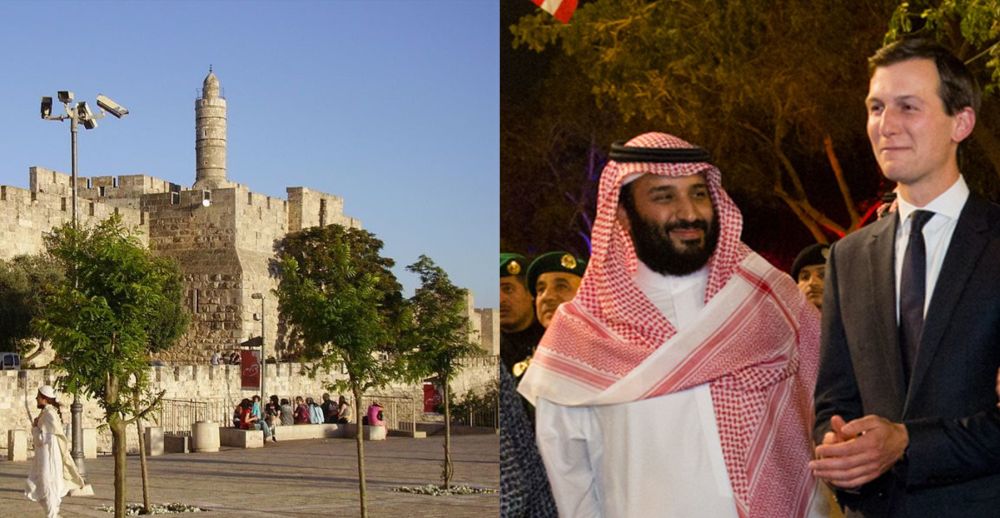 The Palestinians have three major grievances with the Trump administration on Jerusalem, but are most irked by Saudi backing for the Trump peace plan.

Palestine rage over President Donald Trump Jerusalem decisions was further fueled Friday, Dec. 17 by the comment from Washington: “We cannot envision any situation under which the Western Wall would not be part of Israel. But, as the president said, the specific boundaries of sovereignty of Israel are going to be part of the final status agreement.”   It came with the announcement that Vice President Mike Pence will pay a visit to the Western Wall next Wednesday’ Dec. 20, during his Middle East tour.
Not too long ago, President Trump himself visited the Western wall on May 22. But then, American security officers excluded their Israeli counterparts from safeguarding the visit, claiming it took place outside Israeli territory. border. Eight months later, Trump has restored Israel’s sovereignty to the Western Wall, which encloses the hallowed compound of  the last Jewish Temple, in time for his vice president to pray there.
For the Palestinians, this is another Trump-administration shift in Israel’s favor and its consequent loss of credibility as an honest broker for the Palestinian-Israeli dispute. The Palestinian Authority in Ramallah reiterated this position Saturday, after announcing a boycott of the Pence visit and severing contact with Washington – a position they can’t really afford to sustain for long.
But what is really irking them even more than the Trump administration’s pro-Israeli stance on Jerusalem is its endorsement by their longstanding champion, Riyadh. The impression gaining ground in recent weeks is that Trump’s son-in-law Jared Kushner has reached an understanding with Saudi Crown Prince Muhammed bin Salman (MbS) on a new plan for resolving the Israeli-Arab conflict, which departs fundamentally from the traditional core issues that scuttled all past peace processes.

The first inkling of such a plan came on the pages of the The New York Times of Nov. 11, under the title “Trump Team Begins Drafting Middle East Peace Plan.” This plan was described as pushing ahead on the fast track due to three factors:

Washington has therefore chosen a moment of leadership weakness to push ahead with its plans to resolve the Israeli-Palestinian dispute.
A week before the NYT report, Abbas (Abu Mazen) paid an urgent visit to Riyadh to meet Prince Muhammed. Since then, a continuous stream of tidbits is emanating from their conversation. According to one report, the Saudi prince put before the Palestinian leader an American-Saudi blueprint. It proclaims Abu Dis, a village located on the fringes of east Jerusalem, as the capital of the future Palestinian state. That state would have limited sovereignty in parts of the West Bank, while all the Jewish communities would remain in place. East Jerusalem would not be declared its capital; and the Palestinian refugees’ “right of return” was dropped, as was mention of the pre-1967 boundaries.

Notwithstanding flat Palestinian denials of all these reports, they continue to gain ground and credence. The picture emerging from the Saudi prince’s conversation with Abu Mazen is taking shape as underlining the following points:

These reports are furiously denied by Palestinian officials and, although no other official source, including Prince Muhammad, has verified them, they continue to abound. The Palestinians now have three major grievances against the Trump administration for which they are cutting off ties with Washington in protest:  Recognition of Jerusalem as Israel’s capital, the promise to move the US embassy from Tel Aviv to Jerusalem and, now, the declaration of the Western Wall as part of Israel in any political solution. This will be underlined by the Pence visit. Yet neither Washington nor Riyadh shows any sign of backtracking on their far-reaching plan which defies all former conventions.

Abu Mazen is in a jam. Even if he tries to distance himself from Washington, he cannot possibly divorce the Palestinians from the two leading Arab nations, Saudi Arabia and Egypt, which would lop off the branches of the Arab tree on which they sit. Doing so might well thrust Ramallah on the path of the anti-West Turkish-Iranian-Hizballah axis and its extremist ideology. There are early signs that his rivals in Gaza, the radical Hamas, may be adopting this path. After Friday prayers in the mosques of Gaza, on Dec. 15, some of the demonstrators at the Israel border force were seen for the first time holding aloft huge placards with depictions of Gen. Qassem Soleimani, Commander of Iranian Revolutionary Guards Al Qods. If Iran can gain solid inroads into the Palestinian community at large, its dispute with Israel would assume an entirely new dimension.