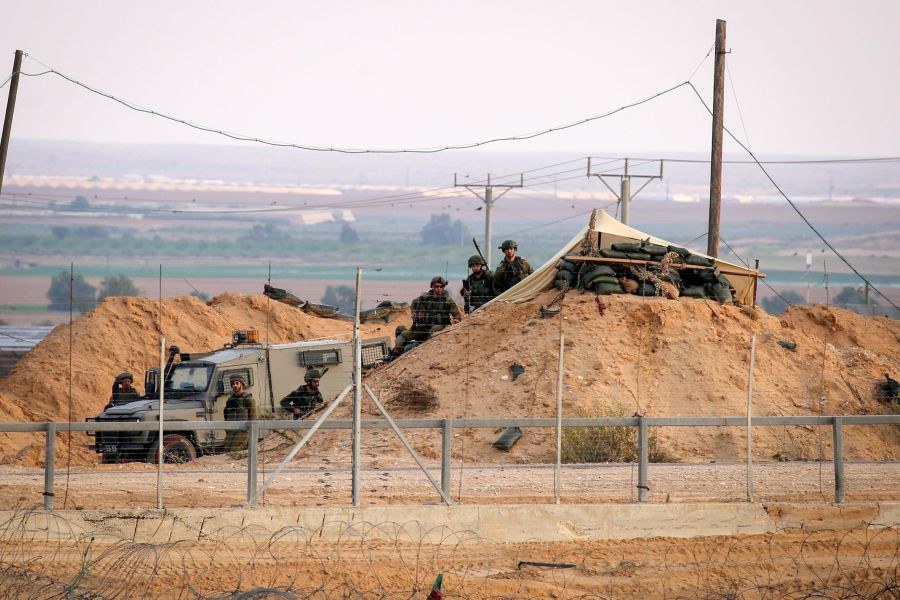 Israeli soldiers shot back at a Palestinian gunman who fired at them from the northern Gaza border early Sunday, Aug. 11. The gunman was sighted 24 hours after a four-man Palestinian cell armed to the teeth was stopped by IDF fire on the southern Gaza border before crossing into Israel. All four were killed. In both instances, IDF tanks hammered Hamas positions.

The only official comment after the two foiled attacks was that the IDF was studying the two attempted incursions to draw lessons and neither posed a threat to the civilian communities in the Gaza vicinity.
DEBKAfile’s military sources predict that by systematically declining to name the Palestinian terrorist organization Hamas as culprit, Israel’s government and military officials are setting the scene for an escalation of violence. Hamas has obviously hit on a successful recipe for keeping a terrorist campaign running against Israel, while at the same time cashing in on Qatari financial largesse with the assent of the government in Jerusalem and Egypt.

The fresh outbreak occurred less than a week after Hamas leaders visited Tehran and came home with a pledge of new Iranian rockets for the Gaza Strip. The terror offensive was launched on Friday, Aug. 9, when Hamas operatives murdered the Israeli soldier Dvir Sorek aged 19 at Gush Etzion. The two infiltration attempts from Gaza followed in quick succession. Yet Israel continues to expand the economic benefits it lays on for the Gaza population, including an increased supply of electricity, thereby strengthening Hamas rule over the Palestinian enclave.
A cruelly ironic situation has developed whereby one set of Hamas leaders conducts negotiations with Israel through Egypt on a trade-off of major benefits for a truce, while a second set negotiates a fresh arms deal with Tehran and runs a two-pronged terrorist offensive against Israel from Beirut in two Palestinian areas.
Tzachi Hanegbi, a cabinet member who often speaks for Prime Minister Binyamin Netanyahu, tried to answer critics of government policy in an interview on Sunday. He explained that Israel’s actions to promote economic improvement for the Gaza population have generated “quiet from the Gaza Strip.”  His definition of “quiet” is hard to square with Hamas’ fresh offensive.