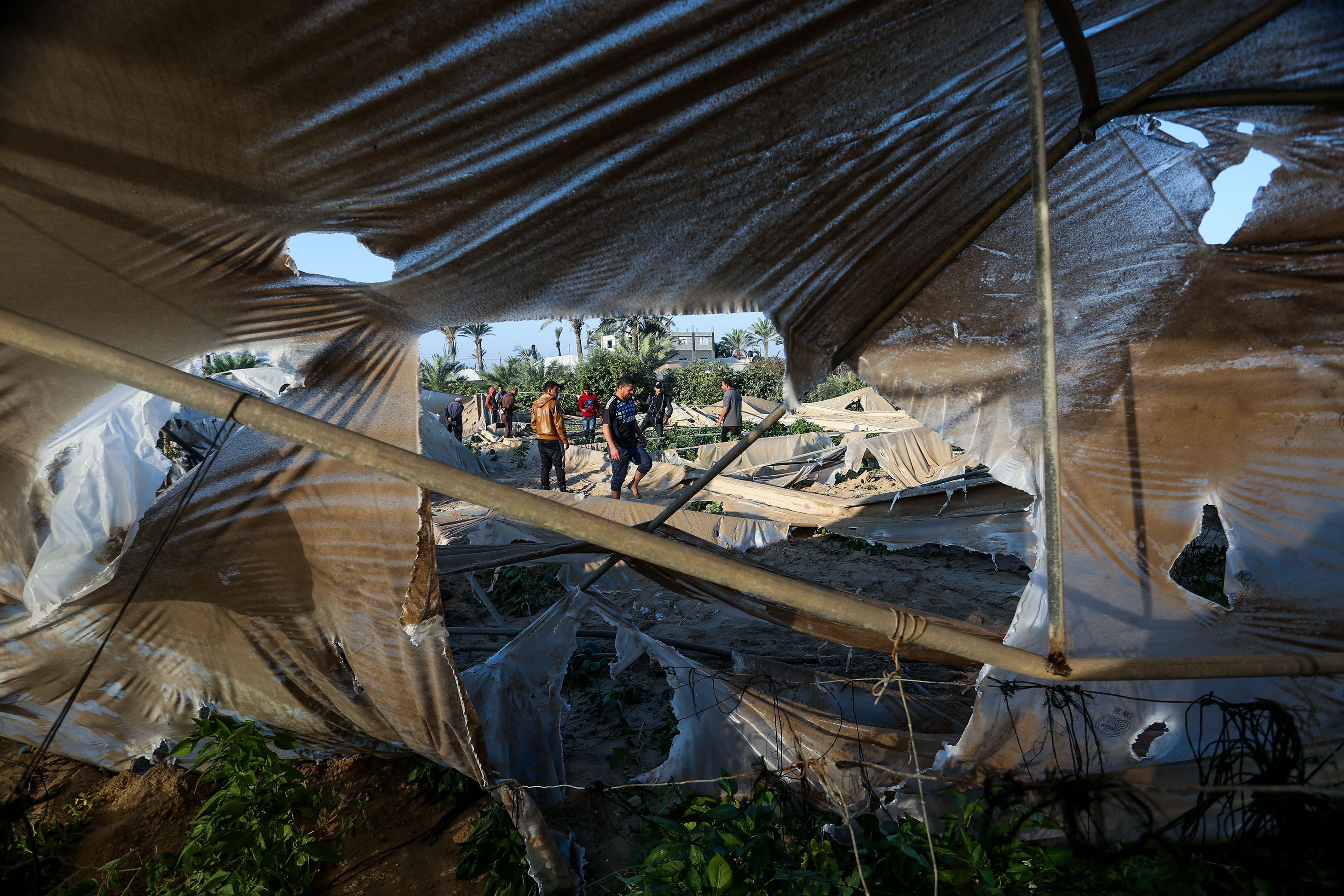 Israeli fighter jets struck Hamas compounds in Gaza early Friday night, Nov. 1, in reprisal for the Palestinian 10-rocket barrage against Sderot and Shear Hanegev. However, a day earlier, the IDF ignored Hizballah fire on its spy drone. Both responses were misjudged.

Of the 10 Palestinian rockets fired from the Gaza Strip on Friday night, one struck a home in Sderot – the occupants were luckily safe in their security room – while seven were downed by Iron Dome batteries. A few hours later, Israeli Air Force jets bombed Hamas infrastructure in the Gaza Strip. Their targets included Hamas’ naval base, its air defense compound, training facilities and a munitions production factory.
That operation targeted the wrong address, DEBKAfile’s sources report. The rockets were not fired by Hamas but by a rogue element of the Palestinian Islamic Jihad, the Northern Brigade, which has run out of control of Hamas, Egypt and its own senior Gaza command. Its leader, Baher Abu Atta, feels he can confidently defy them all because he works directly with the Iranian Revolutionary Guards Al Qods chief, Gen. Qassem Soleimani. He also commands his own arsenal of hundreds of rockets. It may be surmised therefore that the rocket barrage of Friday night was directed by Al Atta’s real master.

In the past year, Israeli warplanes were twice on the point of attacking his forces and arsenal, yet drew back at the last moment, whether to avoid sparking a general conflagration around Gaza or to meet an urgent request from Egypt. On Friday night, Israeli paid the consequences for that restraint.
Equally misplaced was Israel’s restraint from responding to Hizballah’s failed attempt to shoot down an IDF spy drone over southern Lebanon on Thursday, Oct. 31.

The weapon Hizballah used has not been identified – whether a low-tech shoulder-borne rocket, or a mobile anti-air Russian SA-8 which has a range of 30km. The force of the explosion indicates the latter, which would make it the first time Hizballah has used an SA-8 against an Israeli aircraft.

The fact that it missed, did not deter Hizballah’s leader Hassan Nasrallah from exploiting the incident for a taunting comment:

“What happened yesterday in the South when the resistance fighters confronted an Israeli drone was a normal thing, and not a separate incident. Since the day of the aggression against Beirut’s southern suburbs, we embarked on a course with the goal of cleansing Lebanese airspace of Israeli violations.”

The drone incident presented Nasrallah with a handy opportunity to draw attention to “security” and away from the tight spot in which Hizballah finds itself domestically against a wave of anti-government protest.  He may be counted on to manufacture “security” incidents or border clashes with Israel in response to the mounting danger to the Hizballah-dominated regime in Beirut. The IDF should have hit back at the rocket team hiding in the dense foliage of Nabatea – if only to offset a fresh spiral of violence on Israel’s northern border.