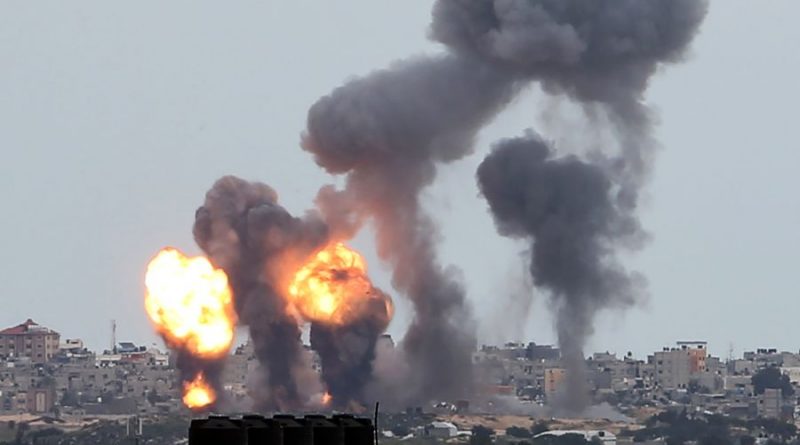 Monday, Feb. 2, the Palestinian Islamic Jihad pounded Israel for a second day, firing 80 rockets – sure that Israel’s reaction would be carefully calibrated a week before election day. After the first day, the Israeli air force struck Jihad targets around Damascus as well as scores of its sites in the Gaza Strip. By going into a second day of rocket fire, the Palestinian terrorist group directly challenged the IDF. It also made Ashkelon, with its port and industrial zone, the largest Israeli town under heavy rocket fire. There were no casualties in the two-day Jihad blitz, although a food factory in Ashkelon took a direct hit, largely due to the high number of interceptions by Iron Dome defense batteries.

The IDF accompanied the waves of Palestinian rocket fire with continuous air and tank artillery strikes against Jihad installations and command centers and hunting down rocket teams. Then, early Monday evening, Islamic Jihad suddenly announced in a statement that its retaliatory offensive was at an end.

During the day, Prime Minister Binyamin Netanyahu warned that if the violence continued, Israel would resort to a comprehensive military operation in the Gaza Strip that would include innovative, surprise tactics never seen in previous IDF counter-terror operations.

Defense Minister Naftali Bennett was more restrained. He told community and town leaders in the south, who had advised the population to keep schools closed for another day, not to expect the IDF to embark on a full-scale IDF operation in Gaza before the March 2 general election.

The Palestinian Jihad had therefore tossed the ball over to Israel. If the episode ends at this point, the terrorist organization may claim to have won the power to call the shots for starting and ending a confrontation with Israel when it pleases.

The Netanyahu government will almost certainly be guided in its response by an assessment of the majority voters’ mood next Monday. For the time being, both the ruling Likud and the opposition Kahol Lavan have called off their election rallies for the duration of the security crisis in the South.

43 thoughts on “Palestinian Jihad fires more than 80 rockets, calls a sudden end to the blitz”