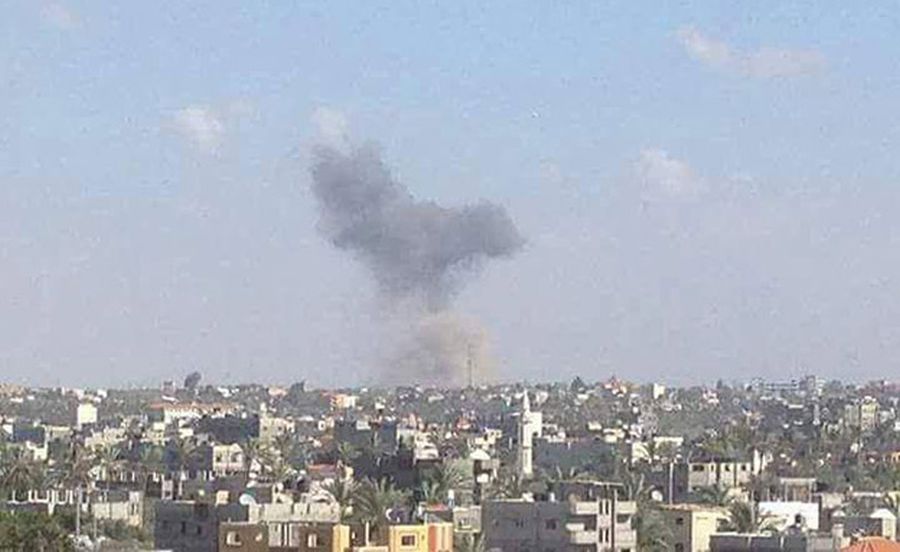 To ward off demands from Washington, Cairo and Riyadh to back the Palestinian unity effort, Netanyahu chose to show them what was really going on in Gaza.
The IDF and Israeli intelligence certainly knew a terrorist tunnel was being dug in the Gaza Strip near Khan Younes some weeks ago. But they waited until it crossed over and had snaked almost a kilometer inside Israel up to a point near Kissufim before blowing it up on Monday, Oct. 30. The IDF must also have known that Jihad Islami, which Iran established as its Palestinian arm, was building it, rather than Hamas.

The Jihadis threatened retaliation after reporting 11 of their men killed, including two top commanders, and two Hamas operatives, and 15 were injured – most of them mortally. Israel and Hamas are both on high alert for potential escalation. Ahead of the operation, Israel positioned an Iron Dome battery outside the Gaza Strip in case it prompted rocket fire in reprisal. The army also closed off parts of the border region to entry.
The timing of the operation entailed a number of complicated considerations, DEBKAfile reports.

An entire legion of Trump Administration envoys has been crisscrossing the Middle East these days on various errands. Trump’s son-in-law Jared Kushner left Riyadh Saturday after a visit in which he was accompanied by deputy national security adviser Dina Powell and special peace envoy Jason Greenblatt, who stayed on and arrived in Jerusalem Monday, Oct. 29 to brief Netanyahu on the talks the US envoys held in Riyadh as well as Cairo. Another American visitor to the Saudi capital was Treasury Secretary Seven Mnuchin. He landed in Jerusalem a day before Greenblatt and he too met Netanyahu.
Neither American nor Israeli officials are prepared to reveal the subjects of the US diplomatic shuttle. However, DEBKAfile’s sources have learned that Israel was asked not just to express public approval of the reconciliation process underway between the rival Palestinian factions under Egyptian auspices, but to  embark on practical steps to this end.

Netanyahu tried to ward of the demand coming at him from Washington, Cairo and Riyadh, by showing them what was really going on in Gaza, under cover of their Palestinian peace effort. New terror tunnels were hardly compatible with peace diplomacy, he wanted them to see and he believed that rocket fire in reprisal was worth that risk.

Monday night, after counting their dead, the heads of the Palestinian terrorist groups in the Gaza Strip held an emergency meeting to decide on their response to the tunnel attack. Jihad Islami pushed hard for a declaration of war on Israel, while Hamas advised against giving Israel a chance to “blow up its reconciliation accord with the Palestinian Authority.” Its leaders were reluctant to jeopardize the landmark events due on Tuesday: A large Egyptian delegation was coming to the Gaza Strip to oversee the transfer of border crossings to the Palestinian Authority and also announce the establishment of an Egyptian consulate in Gaza City. A military clash could blow these events sky high.