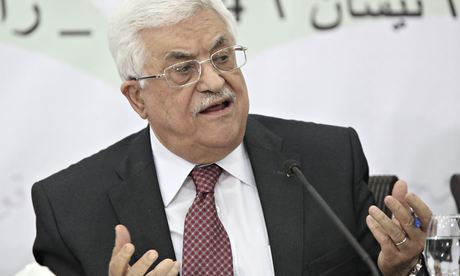 The Palestinian Authority said on Friday, May 22, that it had disconnected its “hot line” with Israel and halted military exchanges between brigade commanders and lower ranks. Ramallah released a clip showing Palestinian security forces preventing Israeli Border Guard troops from entering Hebron. The troops were quietly tailing a suspicious truck and agreed to withdraw after some palaver. These steps followed on Mahmoud Abbas’ decision to break off security ties with Israel over PM Binyamin Netanyahu’s plan to extend Israel sovereignty to parts of the West Bank. Israeli sources responded that the cutoff of bilateral collaboration in preventing terrorism and crime in the territory would expose the Palestinians to extremist threats and place the Abbas regime at risk..

Chief negotiator Saed Erekat told reporters on Thursday that the PA had informed the US CIA that their security agreements were no longer in force.

Erekat explained that Ramallah would not tolerate anarchy or violence or any breach of the public order and the law. The closure of security ties would not affect the day- to day humanitarian aspects or services to the public, he asserted.

Jordan pitched in to warn that relations with Israel would be assessed in the event of “unilateral steps.”

At the same time, Abbas fell short of the unanimous support of his fellow Palestinian leaders to which he was accustomed for his steps against Israel. Some of his colleagues maintained that he had acted rashly and prematurely and should have waited until Israel put its words into action. Others argued that the decision was impossible to put into practice. “We have tied ourselves so comprehensively to Israel that we are not free to import even a needle without checking first with Israel.  We wouldn’t even have milk.”

Erekat did not refer to the more than 100, 000 Palestinians employed in Israel or say how they would fare in the absence of shared intelligence. Neither did he refer to the medical assistance the Palestinian Authority received from Israel for their successful battle against coronavirus.
The PA could therefore afford to refuse to accept a United Arab Emirates medical assistance package for helping the Palestinians combat the virus which landed at Ben Gurion airport this week in a direct flight from Abu Dhabi.

Ramallah went on its high horse to retort: “If the Emirates have decided to normalize relations with Israel, not on our backs.” A Palestinian health official complained that the delivery was only coordinated with Israel and the UN – not with any Palestinian quarter.”
The UN decided to divert the donated medical supplies to “needy groups” – most probably the Gaza Strip. Among the items were ten respirators.