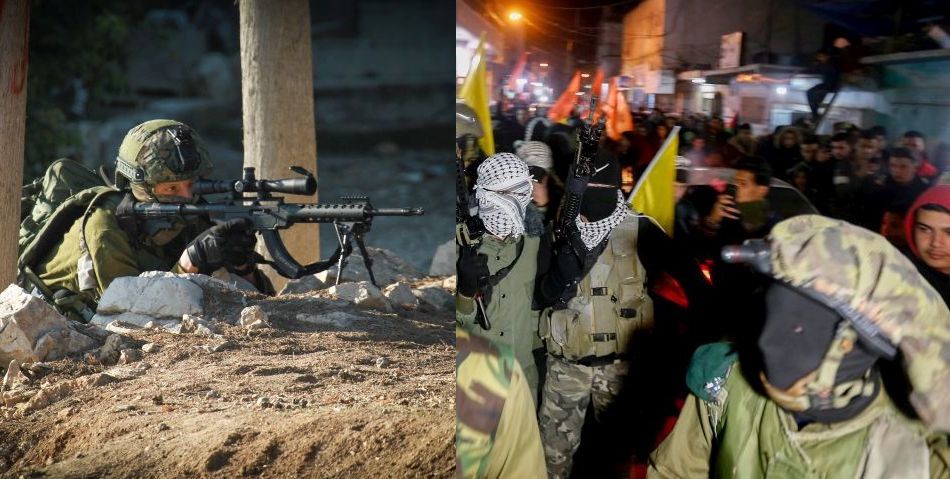 The Palestinian Hamas finds itself shouting alone for a massive armed uprising, raising only muted echoes in the Arab world and the Palestinian street in protest at the US president’s Jerusalem decision. Most adult Palestinians, when asked, admit they see no point in sending their sons in harm’s way. Yet Israel’s mainstream media astonishingly report with great bombast every Hamas threat as though a world power is threatening World War III.
The Hamas rulers of the Gaza Strip have it in their power to unleash a barrage of rockets against their Israeli neighbors that would be damaging and lethal enough to trigger a major confrontation with Israel’s Defense Forces. They have done this before, but not so far now. In the exchange of blows Friday night, Dec. 8, Hamas clearly pulled its punches, showing that its rhetoric was just that. Smaller factions were allowed to fire off a few short-range rockets of low accuracy in the direction of Beersheba, Ashkelon, Ashdod and Israeli locations next door to the Gaza Strip. Most exploded on open ground or fell short while still in Gazan air space; one exploded harmlessly on a Sderot street and one was intercepted by an Iron Dome battery. Two Hamas activists were killed in Israeli retaliatory air strikes against three Hamas military facilities in the Gaza Strip.
Hamas leaders understand that their leeway for extreme action is narrower than ever before. They are a lone voice, are woefully short of funds, have no real backers in the Arab world and their popularity in the wider Palestinian community is waning.
By the time the anti-US, anti-Israel Palestinian protests reached their third day, Saturday, the following picture was taking shape:
The Palestinian Authority chairman Mahmoud Abbas (Abu Mazen) decided against taking up Hamas’ call to arms when together they could have ignited a major conflagration. After all, President Donald Trump’s recognition of Jerusalem as Israel’s capital left in ruins the diplomatic campaign he led for years as his signature for unilateral recognition of Palestinian statehood.
In the phone conversation he held with Hamas leader Ismail Haniyeh on Wednesday, shortly after Trump announced his decision on Jerusalem, Abu Mazen briefly considered joining the Hamas call for an extreme response. He pulled back when he realized that Haniyeh’s plan was to use the Jerusalem crisis as his pretext for hanging onto rule in the Gaza Strip. This would have wrecked the “reconciliation” deal in which Egypt invested long months as broker, in the hope of unifying the two Palestinian factions and bringing the Gaza Strip under Palestinian Authority rule. When Abu Mazen saw Haniyeh’s game, he backed away. The anti-Trump rallies in West Bank towns Thursday and Friday were consequently modest, compared with so many convulsions in the past.

Iran too pulled back from putting in its oar for inflaming Palestinian ire, because it has bigger fish to fry – even through Hizballah’s leader Hassan Nasrallah pushed hard for Tehran to instruct Hamas and the Islamic Jihad in the Gaza Strip to escalate the anti-Trump protest. Tehran’s attention is fixed on the turning-point in the Yemen civil war at Saudi Arabia’s back door, generated by the Revolutionary Guards success, in conjunction with Hizballah, to assassinate former president Ali Abdullah Saleh, after he switched sides from the Houthi insurgents to the Saudi-led coalition fighting them. The Houthis were then directed to wipe out the opposition by executing hundreds of officers and commanders loyal to Saleh.

The Palestinians are also small beer in the calculations of most members of the Arab League. Arab foreign ministers convened in Cairo Saturday, Dec. 9, for an “emergency session on Jerusalem.”  But it was summoned by the Palestinian Authority and one other Arab leader, Jordan’s King Abdullah, who has fallen out with most of his colleagues, badly enough for Riyadh and Abu Dhabi, for instance, to cut of financial assistance to Amman.

In New York too, the emergency UN Secretary Council session on Jerusalem, after hearing the PA’s complaint against President Trump, ended with a joint expression of “disappointment” by the ambassadors of France, Germany, Italy, Sweden and the UK. “We disagree with the US decision to recognize Jerusalem as the capital of Israel,” they said. “The status of Jerusalem must be determined through negotiations between Israelis and Palestinians leading to a final status agreement.” After that, the “disappointed” powers returned home.
All the same, it would be premature to completely rule out a major escalation being sparked by some unforeseen event. For instance, a cell of Tanzim, the armed wing of Abbas’ Fatah party, may decide to join Hamas, the Iranian-backed Jihad Islami and the extremist Popular Front – all of them with a long record of terrorism – for a spectacular terrorist attack on an Israeli or American target.  For the time being, there is no sign of this building up. The ordinary Palestinian man in the street has a job to go to on Sunday and appears to have settled on a moderate demonstration of protest for Trump’s Jerusalem strategy.