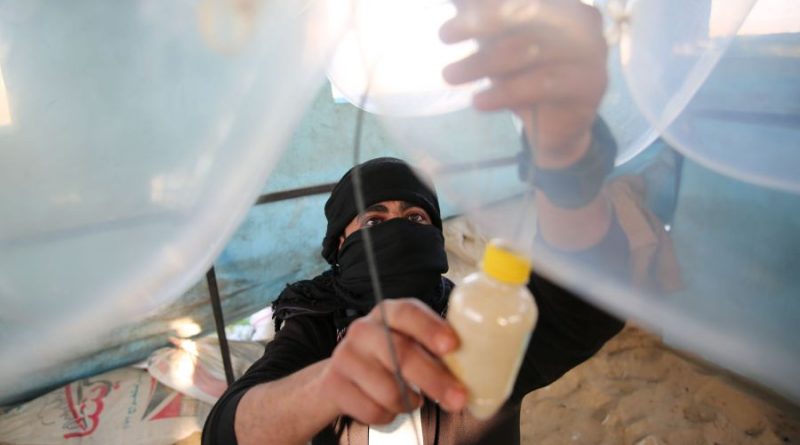 The Palestinians are not really breaking off economic and security ties with Israel and the US, according to discreet messages passing from Ramallah to Jerusalem on Sunday, Feb.2. Those ties are still alive and well, despite the orders publicly issued by Palestinian Authority Chairman Mahmud Abbas in his furious response to the Trump peace plan. Those messages further explained that Abbas’ fiery rhetoric was mainly meant for the ears of Arab rulers – not practical execution.

The day after the peace plan was launched in Washington, Abbas allowed his senior lieutenants to receive CIA director Gina Haspel in Ramallah – hardly evidence of a Palestinian boycott of ties with the Americans. DEBKAfile’s Washington sources report that administration officials were furious with the Palestinians for leaking word of her visit, despite a commitment to keep it dark.

The same officials continue to press Israel to hold back from declaring sovereignty over West Bank settlements before its general election on March 2, contrary to the wording of the Trump plan. Prime Minister Binyamin Netanyahu, who had planned an immediate announcement, therefore reversed his decision and will not declare the annexation of the town of Maele Adummim near Jerusalem or the Jordan Valley in the coming days. He may just go for a smaller target as a token gesture with a promise to do more after the election. A decision on this is still being weighed in Jerusalem.

As for the Palestinians, Egyptian President Abdel-Fatteh El-Sisi has firmly rejected appeals by Muslim nations, led by Indonesia, to allow Hamas leader Ismail Haniyeh to return home to the Gaza Strip. He is stranded away from home with 12 senior Hamas officials because Cairo is refusing to grant him entry. Hamas’ current multiple rocket and balloon barrages against Israel are intended as pressure on Sisi to relent. Haniyeh and his party are being punished for violating a written pledge to Cairo not to include Iran in their foreign tour as the condition for permission to travel aboard. This group was, however, filmed in Tehran embracing Iranian officials at the funeral of the Iranian general Qassem Soleimani assassinated by the US.
So long as the Egyptians keep the door shut against Haniyeh’s return home Hamas intends to keep up the barrages against Israeli communities. This leaves it up to the caretaker government in Jerusalem to sort out a predicament generated elsewhere.

37 thoughts on “Palestinian ties with Israel continue despite Abbas’ rhetoric. Hamas to attack Israel until Cairo lets its leaders return to Gaza”