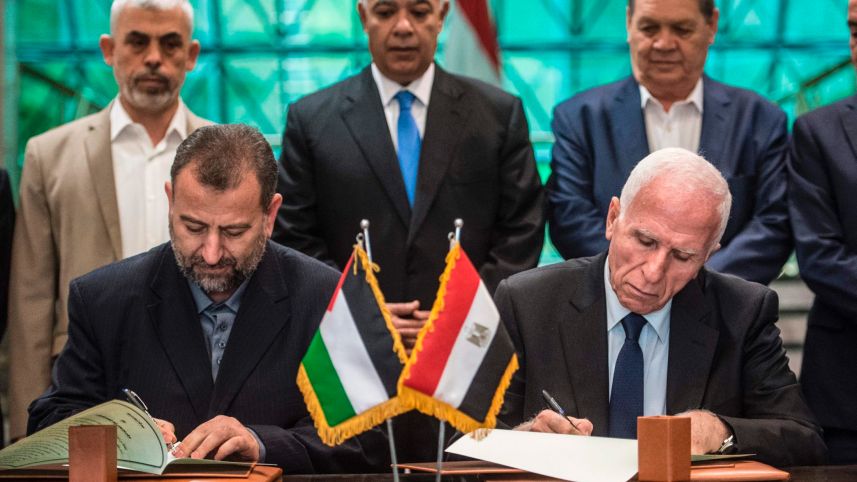 Gaza’s Rafah crossing passes from Hamas to the Palestinian Authority on Nov. 1;  the enclave’s central administration – on Dec. 1

The Egyptian-brokered deal hailed by Palestinian leader Mahmoud Abbas as “the end of the rift,” is cautiously seen in Cairo as a partial resolution of the dispute between the Fatah and Hamas rival factions.

The reconciliation accord was announced at dawn Thursday, Oct 10, by Hamas leader Ismail Haniyeh after night-long negotiations at the Egyptian intelligence ministry in Cairo. The promised news conference at which details of the agreement were to be revealed by Egyptian mediators and Palestinian officials did not take place.
Egyptian sources reveal that seven points of agreement were hammered out:

Hamas, which calls for Israel’s destruction, has fought three wars with the Jewish state and its armed wing is designated a terrorist group by Israel, the US, the European Union and other powers.

Israel has said it will not deal with a Palestinian government that contains Hamas ministers.