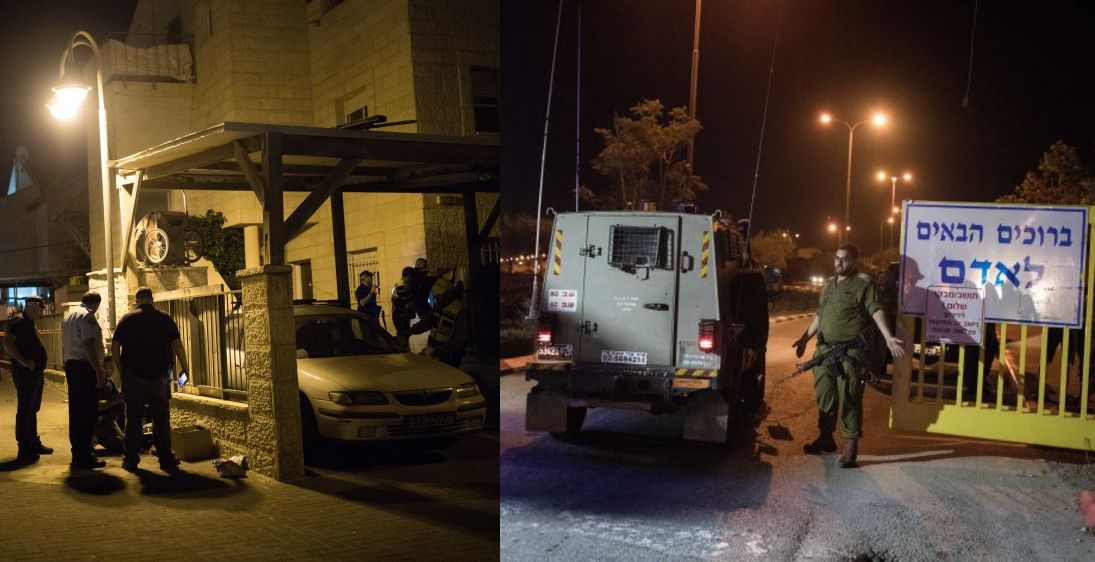 A 17-year old terrorist climbed the security fence into the Adam community north of Jerusalem Thursday night, July 26, and slashed one victim after another.  Yotam Ovadia, an Israeli man of 31, whom he repeatedly stabbed, died soon after from multiple wounds, a second man, aged 58, was badly hurt and a third though injured managed to pull his gun and shoot the killer dead. The terrorist came from the nearby Palestinian village of Kobar. He must have studied the electronic fence in advance, because he was able to climb over without triggering the sensors for an alarm.

IDF forces were alerted and rushed to the scene with medics for treating the casualties. Magen Adom teams tried to resuscitate Yotam Ovadia, the first victim, before sending him to Hadassah hospital on Mount Scopus, where surgeons worked for hours to save his life, before pronouncing him dead. The other two victims were hospitalized and a member of the Adam community, a woman, was treated for shock.

OC IDF Central Command Maj. Gen Nadav Padan and head of the Binyamin Brigade, Brig. Gen. Sharon Asman, reached the scene with the first troops. The location was combed for more terrorists in hiding. Members of the community were advised to stay indoors and shut their doors and windows while soldiers conducted house-to-house searches in neighboring communities of the Binyamin district. Kobar and additional Palestinian villages in the vicinity were placed under lockdown.

Kobar has a history. Almost exactly a year ago, on July 21, a Palestinian of 19 from the same village broke into a home in the Halamish community in the Binyamin region, where the Solomon family were celebrating the birth of a grandchild. He massacred five members of the family. The mother of the newborn managed to hide with her other children in an upstairs room until help arrived. It came too  late to save her husband. In Halamish too an electronic security fence was no proof against a terrorist attack. A guard on duty attributed the alarm to an intruding animal.
Following the attack in Adam, the IDF poured more troops into the Binyamin district in case of more Palestinian terrorist incidents on Friday. Thursday night, President Donald Trump’s Middle East negotiator, Jason Greenblatt, issued this statement: “Yet another barbaric attack tonight. When will President Abbas and Palestinian leaders condemn violence? Our thoughts and prayers are with the victims and their families tonight.”