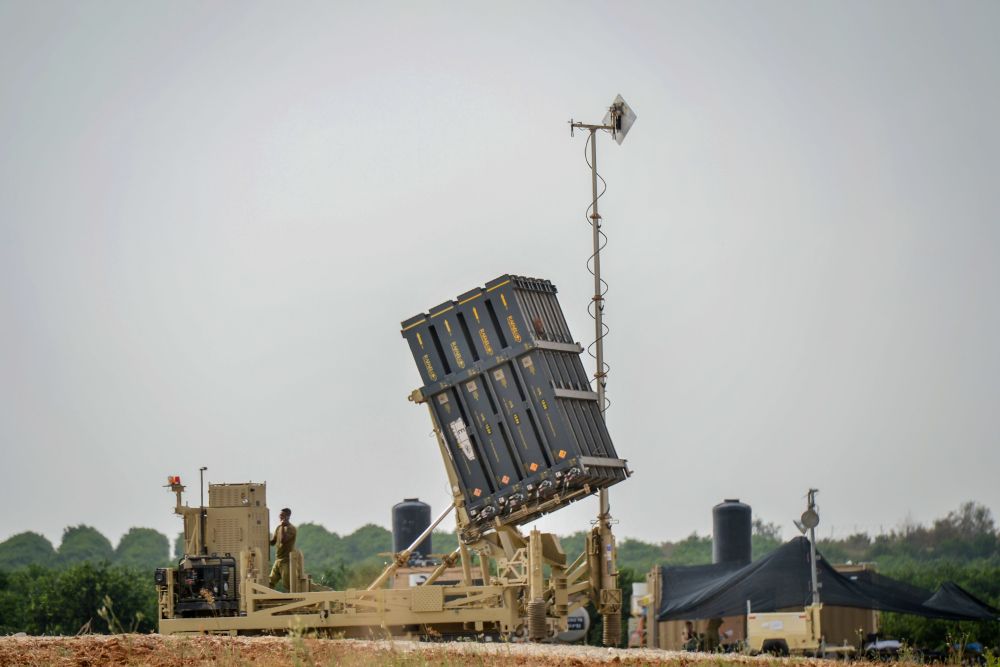 Palestinian media have been crowing over their “success” in overcoming Israel’s famed anti-rocket Iron Dome system, ever since the Gaza ceasefire early Monday May 6 cut short their 8the rocket onslaught on southern Israel. The Hamas and Islamic Jihad terrorist groups boast that their tactic of concentrated rocket volleys achieved this feat. For example, they cite the 60-rocket triple volley they fired at Ashkelon and Ashdod in one minute on Sunday, May 5, which, they claim, proved that Iron Dome was not up to preventing an extra-heavy rocket barrage from causing extensive casualties and damage.
The Palestinian terrorists make a habit of claiming victory after every bout of violence with Israel. This time, however, they are selling their garbled version of events far and wide across Arab media. This conviction and the overweening self-confidence gripping the Palestinian terrorists hold dangers for several reasons:

It shot of reality for sobering up the wildly euphoric Palestinian terrorists had become necessary. It came from the horse’s mouth, a director of Rafael Advanced Defense Systems, which produces Iron Dome. Brig. Gen. (res.) Shahar Shochat, former head of the IDF’s Air Defense Division, and current Dep Director of Strategy and Commerce at Rafael, praised the weapon’s excellent performance against the Palestinian rocket onslaught in a radio interview on Tuesday, May 7. He said Iron Dome had stood up to all the challenges it had faced. The expert teams operating the batteries had been apprised that the Palestinians were trying new tactics for beating Iron Dome and were ready with fitting adjustments.

He noted that Iron Dome could boast 2,000 interceptions of enemy rockets since it went into service in 2011. In the latest contest, said Shochat, it prevented more than 200 rockets from devastating populated Israeli areas and scored a hit rate of 85 percent. Shochat promised that the designers and operators of Iron Dome were constantly adjusting the system to the next challenges in store. “It is important to stay a step ahead of the enemy,” he stressed.
Although Shochat may have marginally overstated the weapon’s interception score this week – some experts offer lower estimates – Iron Dome remains an abiding and unique wonder weapon for keeping safe more than a million Israeli civilians, when their homes come under fire, time and time again, from massive Palestinian terrorist rocket aggression.