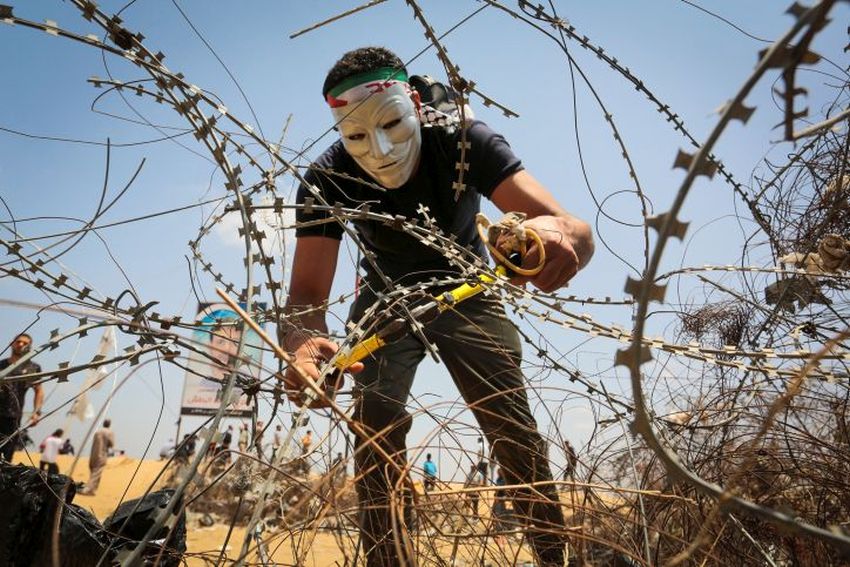 Israel was on maximum security alert Monday, May 14, for the historic dedication of the first US embassy in Jerusalem. Hamas threatened to outdo itself with a violent mass surge to smash through the Gaza-Israel border and ignite outbreaks in other Palestinian centers as well. Egypt tried in vain to ward off the outbreak, following US and Israeli appeals. Hamas leader Ismail Haniyeh, summoned to Cairo Sunday by Egyptian intelligence chief Gen. Abbas Kamel, spurned his appeal for moderation. DEBKAfile’s sources report that Haniyeh claimed that it was not up to him to make this decision, but the commander of Hamas’ armed wing, over whom he had no control, and returned forthwith to Gaza.

Hamas leaders earlier reached world media covering the landmark US embassy inauguration in Jerusalem with an offer of a hotter story if they came to the Gaza Strip. They were promised extraordinary crowd scenes along the Gaza-Israel border. TV crews from some West European countries, which take exception to the Trump policy of recognizing Jerusalem as Israel’s capital, took Hamas at its word and opted for the Gaza perspective on the Jerusalem ceremony.
Ahead of the big day, Hamas dismantled the monitoring posts which for the past seven weeks of Friday disturbances had controled mob access to the border. The IDF is therefore heavily reinforced and braced for an escalation over and above the incendiary kites, pipe bombs, explosive devices and other objects hurled across in the past weeks along with infilitrations. Overnight, the army directed the civilian aviation authority to close the air space up to six kilometers from the Gaza Strip to civilian traffic.

Sunday night, OC Southern Command Maj. Gen. Eyal Zamir gathered the heads of the Israeli local councils adjoining the Palestinian enclave to reassure them that the IDF was on maximum guard to ward off a mass Palestinian surge across the border. This attempt might be accompanied by explosive devices lobbed over the border and even some shooting attacks, he warned,  although the revival of rocket fire was not expected.

In Jerusalem and likely flashpoints in Judea and Samaria, intense security measures were in train to quell any Palestinian violent demonstrations timed for the embassy dedication in the Jerusalem district of Arnona, which is attended by 800 guests, including a large delegation representing the Trump administration and US Congress. Extra police were also patrolling the streets of Jerusalem Monday and closed main arteries to traffic.

26 thoughts on “Palestinians promise spectacular violence for US embassy dedication”