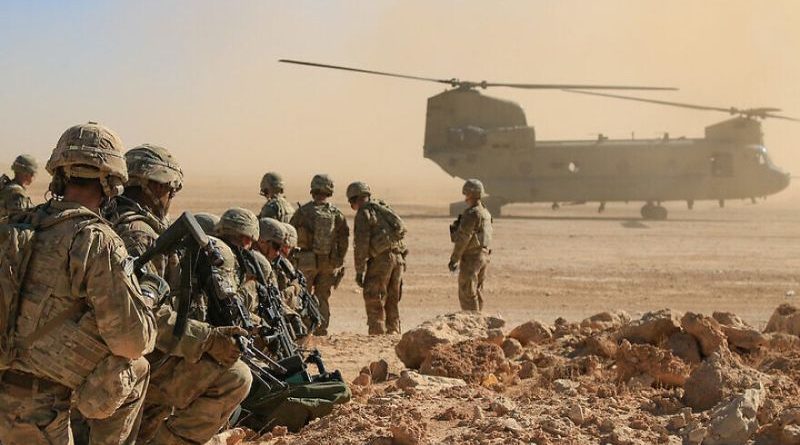 Israel’s Defense Minister Naftali Bennett said on Tuesday, Feb. 18, “We have picked up first signs of Iran’s weakness and its reassessment of posture in Syria.” Israel has moved from the defensive to the offensive in order “to weaken, exhaust and erode the core of the octopus and so disarm its tentacles,” he stated, adding, “We have just begun and will go a lot further.”

Was the minister talking about new military alignments in Syria?

The minister spoke five days after an IDF missile strike near Damascus killed four Iranian Revolutionary Guards (IRGC) officers, both generals. They were tentatively identified as Riday Mahmadi, commander of IRGC forces in the Damascus region, and Hajj Hossein, who was in charge of munitions for Iranian forces in Syria.

If confirmed, this operation must count as an important intelligence feat, but it does not add up to a new strategy. After all, Israel has taken out a number of senior Iranian officers in Syria without inhibiting Tehran’s drive for a military base in that country. And the loss of two generals has not slowed the operations of Iran’s proxy militias. They continue to fight under IRGC commanders in support of the Russian-backed Syrian government forces’ offensive for the capture of the northwestern province of Idlib, the last rebel stronghold in Syria.

Iranian aircraft, moreover, are still flying in with equipment and weapons systems for their forces and Hizballah.

The real significance of the defense minister’s claim of a conceptual switch was revealed in earlier comments. Upon returning from a visit to Washington last week, his first in his new role, Bennett stated that he and Defense Secretary Mark Esper had agreed on a separation of tasks for the campaign against Iran: US forces would focus on operations in Iraq, while the IDF would continue to take on the Iranian military presence in Syria without pause. His assertions were never confirmed officially either in Jerusalem or Washington, although they were not denied.

They do, however, tie in closely with the new US redeployment in Iraq (that was first revealed by DW 878 on Jan. 24: Three New US Bases Go up in Iraq – One near Iran). DEBKA Weekly’s military sources revealed then that Washington was willing to withdraw the US military from Baghdad and from most of the Shiite-dominated regions of southern Iraq and was redeploying in the Kurdish regions in the north and along Iraq’s border with Syria and Jordan. These areas are sparsely populated and the few inhabitants there, mostly Sunni Muslims, are not seen as a threat to the American presence.

Confirmation of this disclosure came last week, when, in secret talks launched at the Canadian ambassador’s residence in Amman, a US military representative and a NATO official put before a senior Iraqi security adviser a new plan: “We are prepared to leave some of the Shiite-majority areas, like the base in Balad,” said the US officer. He went on to say, “Maybe we could reduce our presence in Baghdad,” leaving enough troops to guard the airport and the US embassy in the Green Zone. However, he stressed, the US “categorically rules out” any withdrawal from the biggest air base in Iraq, Ain al-Assad, in Anbar province in the west.

This concession, laid on the table at the outset of the Amman talks, would partly meet the Iraqi parliament’s call for a complete US withdrawal from the country. Iran, too, may find it acceptable, it is believed in Washington, judging from the fact that Tehran has begun redeploying its strength in Iraq and Syria accordingly.

At the same time, some hard bargaining lies ahead of the Amman track since Tehran will find it hard to swallow at least two of the consequences of the US realignment in Iraq:

1. The chain of large Revolutionary Guards bases – spanning the border between the Syrian town of Abu Kamal and the Iraqi town of Al-Qaim – will be left high and dry. They will be isolated and hemmed in by the US forces still positioned in both countries. Tehran is not expected to let this happen.

2. This chain of bases not only provides rear support for the pro-Iranian Shiite militias fighting in Syria but are also a vital link in the land bridge between those militias and Hizballah in Lebanon. This is not an asset that Iran will be inclined to jeopardize.