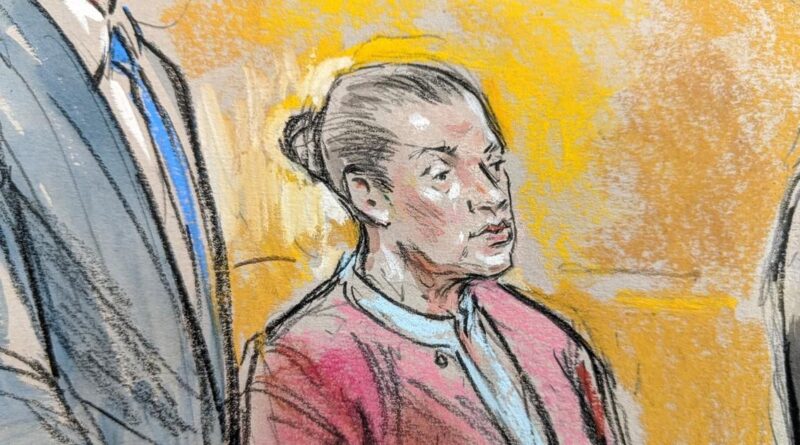 Mariam Taha Thompson, 63, a Pentagon linguist with top security clearance, pleaded guilty on Friday, March 26, to passing to a Hizballah associate classified US intelligence information sought by Iran on the US drone attack that killed top Iranian commander Qasem Soleimani on Jan. 3, 2020.

“Thompson jeopardized the lives of members of the US military as well as other individuals supporting the United States in a combat zone, when she passed classified information to a person whom she knew was connected to Lebanese Hizballah, a foreign terrorist organization which intended to use the information to hurt this country,” said Assistant Attorney General John C. Demers for the Justice Department’s National Security Division.

Thompson, formerly of Rochester, Minnesota, was stationed at a Special Operations Task Force facility in Iraq from mid-December 2019 until her arrest last year.

“The United States entrusted the defendant with highly-sensitive classified information regarding one of its most critical tools — human intelligence in an active combat zone,” said Acting US Attorney Channing D. Phillips for the District of Columbia. “The defendant’s complete betrayal of that trust placed the lives of American men and women on the battlefield, and their allies, in grave danger.”

Mid-East intelligence sources told DEBKAfile that the intelligence she transmitted to her Hizballah link for passing onto Iran was clearly extensive and included classified information pertaining also to Israel, Iraq, Syria and Saudi Arabia.

Some years earlier, she was introduced to a Lebanese national on social media via a family member. Although she never met the man, referred to in court documents as an unindicted “co-conspirator,” he expressed interest in marrying her and having her move to Lebanon. They communicated frequently from 2017 to 2020 using “a video-chat feature on a secure text and voice messaging application.” Thompson learned that her friend had a nephew who was a member of the Lebanese Ministry of the Interior. The man also claimed to be in contact with members of Hizballah. Prosecutors said Thompson did not tell the man where she was stationed and said he had not asked for classified information before January 2020.

That changed when a US drone strike killed Qasem,Soleimani along with the Iraqi Shiite militia chief Abu Mahdi al-Muhandis when they alighted from a plane at Baghdad airport on Jan. 3, of that year. The unnamed man was “very emotional and upset” about US airstrikes in December 2019, against the Iran-backed Iraqi Kata’ib Hizballah terrorist organization, which culminated in the killing of Qasem Soleimani. Thompson’s Lebanese contact thereupon asked her to deliver a list of the “human assets” that had helped the US target the Iranian commander. “Thompson understood this list to be required by Lebanese [Hizballah],” according to court documents. She also believed that if she did not meet the demand, her relationship with the Lebanese man “would come to an end” and he “would not marry her.”

After she delivered the intelligence demanded, Thompson’s romantic interest told her that “his contacts were pleased with the information” and he would introduce her to a Hizballah military commander when she arrived in Lebanon.

When she was arrested by the FBI on Feb. 27, 2020, Thompson admitted she had used her access to classified national defense information to provide her co-conspirator with true names, personal identification data, background information and photos of at least 10 clandestine human assets and details of at least 20 US targets, as well as multiple tactics, techniques and procedures,” the Department of Justice said.

DEBKAfile adds: Thompson’s national origins and date of immigration to the United States could not be immediately determined.  According to her LinkedIn profile, she attended the Arabic University in Beirut from 1977 to 1979 and received her GED from Rochester Community College in Rochester, Minnesota, in 1991. Beginning in 2006, she started working as a translator and cultural adviser for the US military in Iraq and Afghanistan and then in Iraq again, all through US-based contractors. From 2016, Thompson was employed by Worldwide Language Services to work as an “Arabic linguist” for US special forces in Syria. During more than three years in Iraq in the 2000s, she participated “in hundreds of combat patrols to assist coalition leaders in their engagements with key Iraqi leaders/”

Gen.David Petraeus, then the commander of US forces in Afghanistan, wrote a glowing 2010 “letter of endorsement” posted on Thompson’s LinkedIn page. He recommended her for a job as leader of a US military “human terrain team.”

“Alan Kohler Jr., assistant director for the FBI’s Counterintelligence Division, said in a statement. “The FBI and its partners placed a high priority on this case because the defendant provided classified defense information to a foreign terrorist organization, information that put members of the US military in harm’s way.”

Thompson pleaded guilty to one count of delivering national defense information to aid a foreign government and faces a maximum sentence of life in prison. Her sentencing is scheduled for June 23.