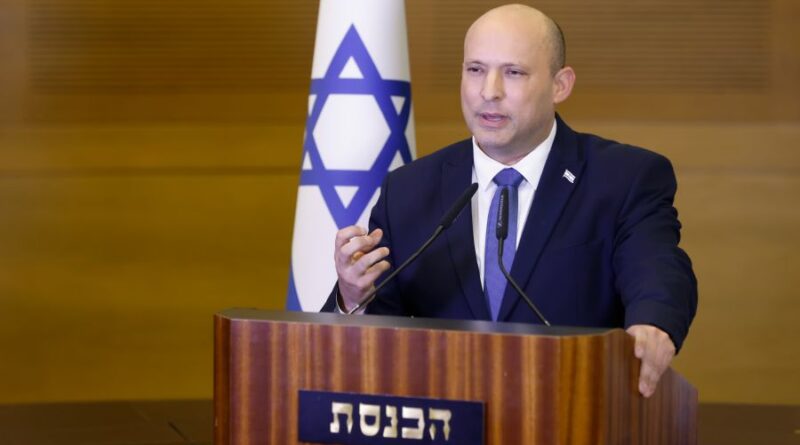 After exactly one year and 17 days as prime minister, Naftali Bennett on Wednesday, June 29, announced he was retiring from political life at this time while leaving the door open for the post-election future. Alternate Prime Minister Yair Lapid moves in to take his place – albeit at the head of a caretaker government until after the next general election, which is due to take place before the end of the year.

Bennett met twice on Wednesday with his fellow right-wing Yamina party member, Minister of the Interior Ayelet Shaked, and asked her to take over the party leadership. She faces a dilemma. Four members of the tiny Knesset faction of seven had rebelled against the prime minister. She takes over a party pretty much in a shambles. The rebels are plunged in talks with rival parties, The most prominent, Religious Affairs Minister Matan Kahane, is discussing his future role in Defense Minister Benny Gantz’s Blue White party. The Knesset, Israel’s parliament, is itself in a state of flux; the government coalition and opposition parties, led by Binyamin Netanyahu’s Likud, continued to haggle through Wednesday over the election date – Oct. 25 or Nov. 1, and the fate of critical legislation left up in the air by a parliament on the point of dissolving itself.

During the day, a hurried opinion poll to forecast the election’s outcome following the latest turn in the political wheel, found that the change in Yamina’s leadership could net the Likud-led opposition a narrow, hitherto elusive, majority of 63 (out of 120 seats). The new leader Shaked is forecast to gain five Yamina seats. In contrast to the departing prime minister, she has said she does not mind seeing the long-serving former prime minister Netanyahu returning to office to head yet another government coalition. The election has still to be fought, however, and the next four months could see many more turns of the political wheel.