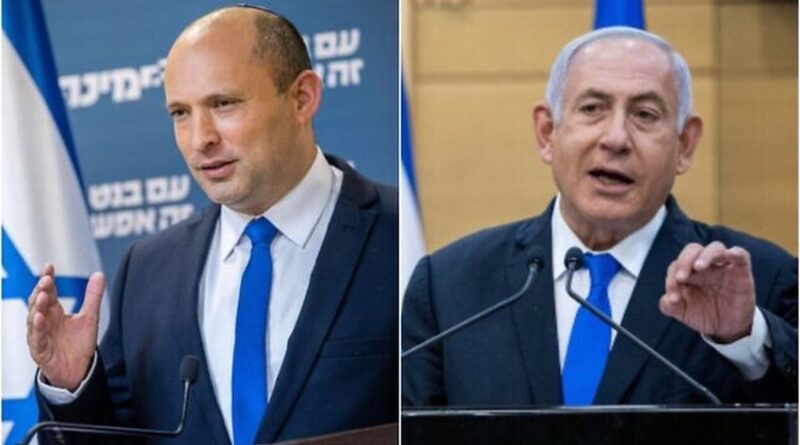 During his first month in office as prime minister of a coalition government, Naftali Bennett has in speech after speech poured contempt on Binyamin Netanyahu\s record. His predecessor’s 12 years in office added up to a big nothing, Bennett shouts, especially when it came to such burning issues as curtailing Iran’s drive for a nuclear bomb and curbing the covid pandemic.

In 2012, Netanyahu was admittedly forced to waive a direct attack on Iran’s nuclear facilities by a large band of Israeli intelligence leaders and top military brass backed by Washington. They argued that the task was too big for a lone Israeli operation and the backlash from Iran would be deadly. Bennett’s outpourings, however, cannot erase the former prime minister’s long and effective campaign of mostly clandestine operations for putting spokes in Iran’s nuclear wheels. The audacious theft of Iran’s nuclear archive from the heart of Tehran, the never-admitted assassination of the father of Iran’s nuclear program, Mohsen Fakhnizadeh, or the sabotage of Iran’s main enrichment center at Natanz – to mention just a few.

Nonetheless, the new prime minister on Wednesday, July 14, accused Netanyahu of “long neglect of the Iranian issue on a scale never seen before.” He spoke of “a yawning gap between Netanyahu’s grandiloquent rhetoric and the actions he should have taken, but never did.”

Aside from casting aspersions on the national security and intelligence agencies’ signal, unheralded efforts, Bennett’s repeated belittlement of Netanyahu’s record is seen increasingly in political circles as denoting unease and, most of all, the awareness that his shoulders are too narrow to bear the weight carried by his predecessor, the current leader of the opposition. They comment that he has a long way to go before filling the shoes of a national leader.

On that same Wednesday, Tehran showed marked signs of foot-dragging on the negotiations sought by the Biden administration for restoring the 2015 nuclear accord. Iranian sources spoke of a delayed timeline to late September or early October, by which time the hardline Ibrahim Raisi takes office as president. He will then dictate a tough line in the bargaining and most likely replace the negotiating team to represent it. Rather than give ground for a deal, Raisi is expected to insist on the lifting of sanctions first while making sure that advanced centrifuges carry on enriching uranium at high speed.

Israel’s new prime minister therefore has less than three months to get his act together, stop griping about what should have been done before and set out a feasible program of his own for scotching Iran’s nuclear plans.