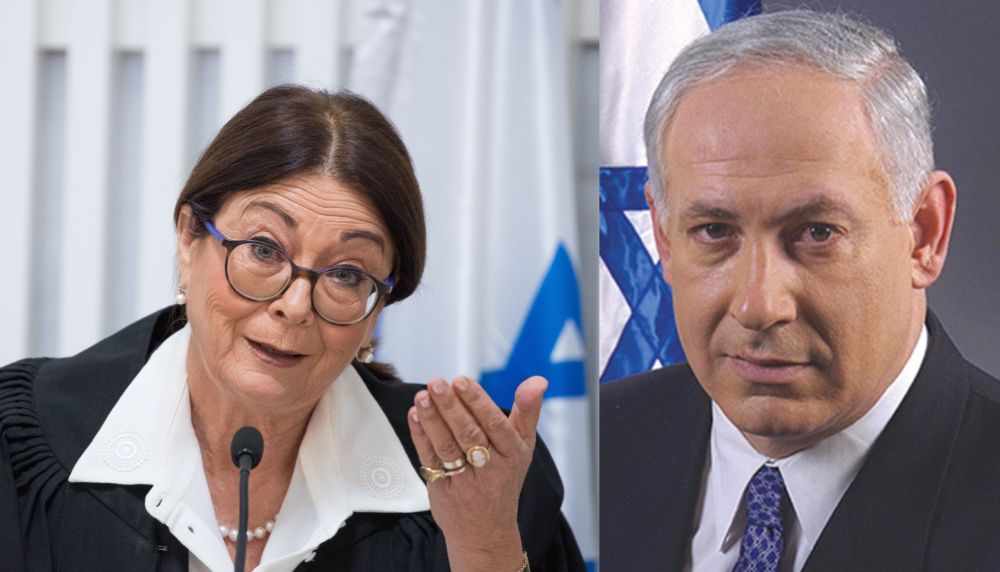 The corruption probes and “revelations” swirling around the prime minister are becoming a political threat – even without indictments. The signing of a plea bargain  by former Communications Ministry Director General Shlomo Filber early Wednesday, Feb. 21 – for testimony against the prime minister in Dossier 4000 – tops the critical mass building up politically against Netanyahu. Filber’s testimony may or may not confirm police suspicion that in 2015, he supplied insider information to a friend of the prime minister, Shaul Elovitch, a tycoon whose businesses included the big telecom company Bezeq. Netanyahu then held Communications portfolio. Filber’s consent to the plea bargain is in itself a political blow for the prime minister. He shot back with a denial of involvement in this case, explaining that when he held that portfolio, all decision-making for Bezeq regularly passed through and required the approval of all the relevant professional and legal channels.
While the content of Filber’s testimony is still an unknown factor, what is known is that two former dossiers, 1000 and 2000, which were treated as major bribe scandals for more than a year, are languishing for insufficient evidence, although then too a plea bargain was signed with a suspect. Attorney General Avichai Mandelblit is still not satisfied with the police case of graft against the prime minister and is considering reducing the charge to breach of trust or fraud, or even closure.

As for Dossier 4000, which comes up to fill the empty space, Filber will be asked if he acted for prime minister in allegedly promoting Elovitch’s multimillion business interests, in return for favorable coverage for Netanyahu and members of his family by the Internet news site Walla! which is owned by the tycoon. The flimsiness of this charge derives from the site’s negligible standing and influence.

Yet the buildup of “revelations” has driven Netanyahu, who withstood a mainly hostile media for 12 years, to use Facebook for a video in which he points out that none of the police probes have so far  proved any cases against him. “Every two hours, someone invents a new case,” he claims. “They will soon accuse me of murdering Arlozorov” (The reference is to the never-solved political murder that shook the Jewish community in pre-state Israel of 1933).

And indeed, on Tuesday, before the Filber plea-bargain sensation, another “case” hit the front pages. This one had more serious connotations than the so far unsubstantiated allegations against the prime minister, because it may impugn the judiciary at the highest level. According to the new Dossier 1720, Nir Hefetz, a former PR adviser to Netanyahu, asked a free-lance strategic consultant called Ellie Kamir to sound out Judge Hila Gerstel on her willingness to drop the charges against Mrs. Sarah Netanyahu in return for the job of Attorney General. At the time, Justice Gerstel, it is claimed, confided the alleged proposition to her good friend Esther Hayut, who has since been appointed President of the Supreme Court. Challenged Tuesday for failing to promptly go to the police with this information, Justice Hayut hedged by claiming that Gerstel did not supply her with details or names and the incident was therefore “too vague for further action.”

The prime minister’s wife figures prominently in media innuendo. One of the charges against her is of fraud for ordering private cordon bleu meals at state expense. Mandelblit is still considering whether or not the case against her warrants indictment.

However, the conduct of two judges in this affair is highly questionable. It also casts doubt on whether the proposition really happened. Even the vaguest information about an alleged attempt to bribe a judge should have been subjected to the most rigorous investigation by the law enforcement authorities. It is not too late to grill both judges to get at the truth.
This episode uncovered an unsavory suspicion. Are “strategic consultants” regularly employed as intermediaries for influencing court decisions, as rumored widely in recent years? If that is so, the judiciary needs an urgent housecleaning even before the political shakeup that may lie ahead.

Before the latest development, Netanyahu described the never-ending spate of allegations tumbling on his head as a campaign of slander against him personally and vilification of his family. He vowed to remain at his post and continue to govern by the will of the voter, not police investigators. Until Wednesday, his party and coalition partners stood behind him “pending an indictment.”  When canvassed, most respondents of the general public say they see no alternative leader with the same pair of safe hands for leading the country against its enemies and a comparable resonant voice on Israel’s behalf on the international stage. The country is also thriving economically as never before, although not enough of the prosperity trickles down. So, has Binyamin Netanyahu’s long winning streak finally run out? Or can he turn his fortunes around as he has many times before?