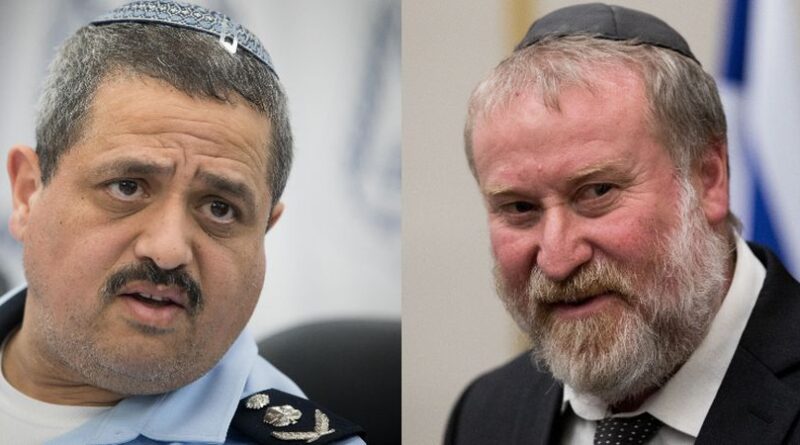 Public Security Minister Omar Barlev on Monday, Feb. 7 announced an urgent state probe would examine further revelations by the Calcalit paper accusing the police of routinely using Pegasus software on dozens of phones of mayors, senior public servants, protest leaders, journalists, business tycoons, and associates of former PM Binyamin Netanyahu, including his son Avner. The revelations prompted shocked demands for an independent, immediate probe into the allegations from President Yitzhak Herzog, Interior Minister Ayelet Shaked and across the entire political spectrum.  The software was used, according to the report, against individuals who were not under investigation for crimes and without judicial oversight.

Counsel for Netanyahu demanded that his trial on three charges of graft be halted over police abuse of spyware against key prosecution witnesses, and fellow defendants. Last week, the attorney general appointed an inquiry team to investigate those wiretapping allegations and report its findings to the Jerusalem District Court without delay.

The police, who claimed to have used the spyware in just one instance in the investigation, were proved later to have lied. According to the paper’s new report, the police made free of the powerful software to hack into the phones of the then-directors general of the finance, justice, communication and transportation ministries; prominent businessman Rami Levy; Netanya Mayor Miriam Feierberg; activists of the disability and Ethiopian-Israeli protest movements and many others.

Heading the law-and-order hierarchy which kicked off the abuse were Roni Alsheich, Police Commissioner from 2015 to 2018, after previously serving as deputy head of the Shin Bet security service, as well as the outgoing Attorney General Avihai Mendelblitt and the state prosecution. All three appear to have been implicated in the free-and-easy, unauthorized use of the Pegasus spyware program, that was originally designed as an intelligence tool to prevent terrorism, to abuse civil rights. Also implicated were the then head of the police technology department Yosef Kahlon; and Yoav Hassan, head of its SIGINT division.

The Pegasus spyware is capable of remotely and covertly extracting information from targets’ cell phones, including texts, browser history, call history and screenshots, among other information.

For years, opposition leader Binyamin Netanyahu maintained that the law and justice system had been perverted for machinations to depose him as prime minister. He was accused of undermining the system to evade the corruption indictments brought against him. Since this dispute affected the outcome of Israel’s general election, the third round of which last year ousted Netanyahu from government, an exhaustive, in-depth, independent inquiry is mandatory to establish the rights and wrongs of the case. The legal authorities now stand accused of perpetrating heinous damage to Israel democratic system and civil rights. Repairing the damage and restoring public faith in national law and order authority will take years, especially when heads of the incumbent government campaigned for office on the strength of the claim that Netanyahu was under indictment and therefore not fit to serve the country. Their competence to objectively probe the issue is therefore questionable.