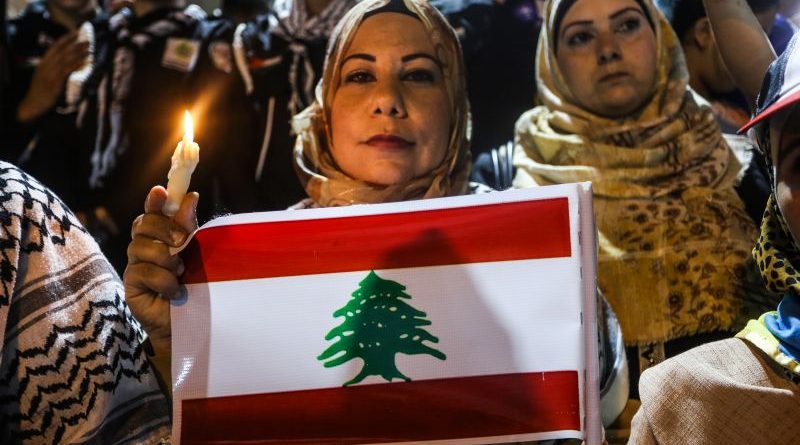 With its discredited ruling institutions breaking up five days after massive explosions obliterated Beirut port – on the heels of a crippling economic crisis – Lebanon sinks further into chaos. On Monday, Aug. 10, the Hassan Diyab cabinet fell after several ministers quit. Seven parliamentarians resigned in the face of enraged protesters who blamed the country’s run of misfortune on the ruling elite’s gross mismanagement and corruption. Resignations of half the lawmakers would force a new election.

Behind the political turmoil, a prominent non-political figure offered a solution to the tangled crisis. The authoritative Christian Maronite Patriarch of Lebanon, Bechara Boutros Al-Rai, said last week from his seat in Bkerke north of Beirut, “The cabinet should resign if it cannot change.”
He also has a plan: Lebanon should declare itself a neutral state and withdraw from any role in regional strife. Th patriarch’s plan counters the Lebanese Shiite Hizballah’s mission as the executor of Iran’s machinations across the region and leader of its “resistance axis.”

President Michel Aoun, 84, is in an uncomfortable quandary. While his alliance with Hizballah’s Hassan Nasrallah props up his presidency, as a faithful Maronite, he cannot defy the patriarch.

Furthermore, formerly pro-Hizballah Shiite communities living in Arab countries, are attracted by the notion of neutrality, which could restore Lebanon to the Arab fold, an historic place forfeited when Iran deepened its footprint in Beirut.

Although Nasrallah controls the largest and best-armed military force in Lebanon, he is picking his way carefully through the popular minefield. He and President Aoun were singled out by angry protesters as primarily responsible for the country’s mess. Hangman’s nooses were placed around the necks of their effigies in major demonstrations on Saturday, in protest against the calamitous explosion of 2,750 tons of volatile ammonium nitrate that obliterated Beirut port and ravaged the city. At least 160 people died, 6,000 were injured and 300,000 lost their homes. Many Beirut dwellers are still missing as rescuers dig through the rubble.

Lining up behind the protesters were a coalition of Sunni Muslims, who traditionally fill the slot of premier, while the presidency is the preserve of Christian sects.

With its governing system falling apart and a hungry population in revolt, Lebanon is a long way from recovery and lacks even a competent authority able to make use of incoming aid. Although French President Emmanuel Macron on Monday hailed world leaders for pledging a total of $298 million in “emergency aid” for Lebanon, the key to its recovery is held by the oil-rich Sunni rulers of the Gulf. They view with favor the neutrality plan proposed by the Maronite Patriarch, but first they are waiting to see if the Lebanese people is capable of reshaping the Beirut government on different lines. It will take time before the Gulf Arab rulers who used to patronize the once cosmopolitan and fun-loving Lebanese capital are willing to return.