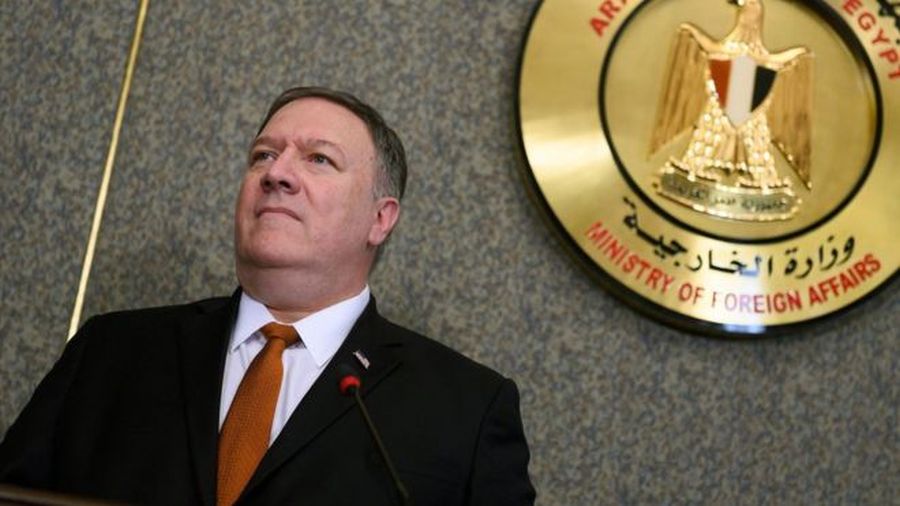 In the face of Arab rulers’ skepticism, US Secretary of State Mike Pompeo broke off his tour of region on Monday, Jan. 14. None of his hosts bought his assurance that the Trump campaign against Iran would persist with the same resolve after the US troop withdrawal from Syria. The State Department explained his abrupt return to Washington by a family funeral that required his attendance. This was seen by official sources in Gulf capitals as a convenient diplomatic excuse for him to give up on a quest that was running out of steam as the US pullout from Syria began on Saturday. Pompeo’s pledge in Cairo “to expel every last Iranian boot from Syria,” was of no avail. Neither did the Arab presidents and rulers he visited buy President Donald Trump Twitter of early Monday with the high points of his plans: “Starting the long overdue pullout from Syria while hitting the little remaining ISIS territorial caliphate hard, and from many directions. Will attack again from existing nearby base if it reforms. Will devastate Turkey economically if they hit Kurds. Create 20-mile safe zone.”

DEBKAfile’s military sources report that the “existing nearby base” was a reference to the K-1 Kaiwan Air Base which the Americans have begun building in the northern Iraqi oil town of Kirkuk. From there, air strikes can be mounted over the northern and central sections of the Iraqi-Syrian border. In addition, US National Security Adviser John Bolton, when he visited Israel earlier this month, mentioned two more US bases in Iraq from which, if called for, air strikes could be launched into Syria. They are the Tallil Air Base in the south near Nasiriya and the Ayn al-Asad airbase in the western province of Anbar. Pompeo’s assurance that the three air bases supported the American undertaking to preserve a US air presence over Syrian skies did not convince the Arab rulers. They countered that, only two weeks ago, Baghdad won carte blanche from Syrian President Bashar Assad to send the Iraqi air force against ISIS targets in Syria without asking for permission. They noted that at any moment, Baghdad could decide to respect Syrian or Iranian demands to ban the use of American bases on its soil for hitting targets in Syria – or even demand their evacuation.

Their response was equally cool to the US Secretary’s proposal to call an international conference in Warsaw on Feb. 13-14 to discuss Middle East stability in the light of malign Iranian activity. Arab sources commented that the last thing needed for an effective challenge to Iran was another international conference. As one high-ranking source in Riyadh put it: “The time for talking is over; now we need action.”