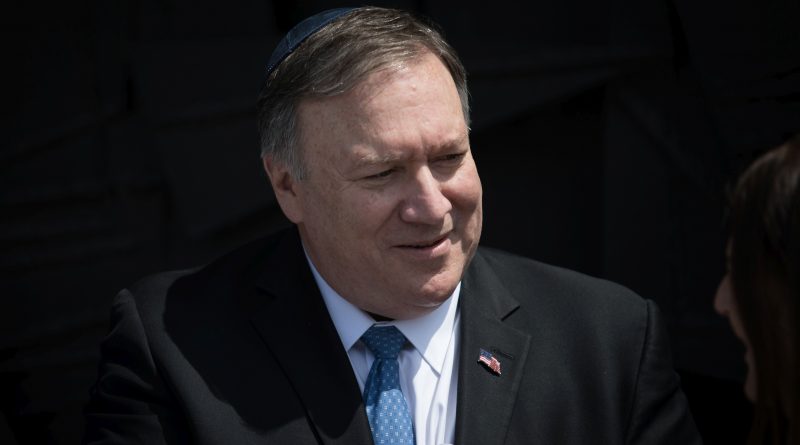 US Secretary of State Mike Pompeo spent the first three hours of his eight-hour trip to Israel on Wednesday closeted with PM Binyamin Netanyahu before making the acquaintance of Kahol Lavan leader Benny Gantz and FM-designate Gaby Ashkenazi.

For some time, the Trump administration has frowned on deepening Chinese investment in Israeli utilities and infrastructure. Pompeo chose to emphasize this point in is talks on Wednesday.  In an interview with Israel national radio before flying out, said:. “We don’t want the Chinese Communist party to have access to Israeli infrastructure and its communications systems or anything that places Israelis in danger and therefore jeopardizes US ability to work with Israel on important joint projects. We consider the dangers to be very real and have shared concrete information on the subject so that you can make your own decisions,” said the Secretary State.

Touting “Israeli technology and Israeli medical expertise” and the possibility for cooperation between the US and Israel to save lives, Pompeo added in a dig against China: “You’re a great partner, you share information, unlike other countries that obfuscate and try to hide that information.”

Traveling abroad for the first time since the outbreak of the coronavirus crisis, Pompeo’s visit was seen as a gesture of support for the new coalition government due to be sworn in on Thursday, calling it “an opportunity for peace on the basis of the Trump Middle East plan.” He noted that the campaign against Iran was producing results, but “there is still more work to be done.”

The guest and hosts chose to forego handshakes and face masks although they kept their distance while conversing.