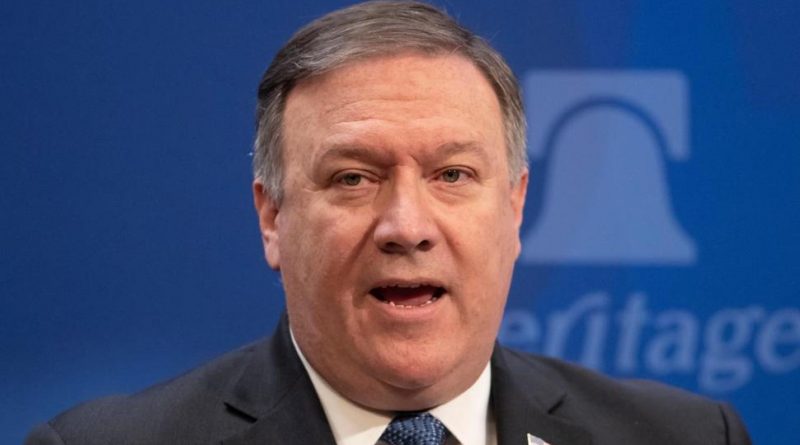 “Iran, the world’s largest state sponsor of terrorism, is providing the 9/11 perpetrators with a home base,” US Secretary of State Mike Pompeo disclosed Tuesday, Jan. 12 in a speech at the National Press Club in Washington D.C.

He outlined Al Qaeda’s relationship with Teheran as going back nearly three decades, from when the Islamist terrorists were ousted from Afghanistan by the US invasion, after plotting the 9/11 attack on America.

That relationship had seen a “sea change” in 2015 with the signing of the Iran nuclear deal. Today, Pompeo said, He confirmed that Abu Muhammad al-Masri, described as Al Qaeda’s number two leader, had been killed in Iran last year, as evidence of the current links in the “partnership for terror.”.

Drawing on newly-declassified information, the Secretary depicted Iran as the “new Afghanistan,” which, he said, is worse than when Al Qaeda was based in old Afghanistan. “Today, Al Qaeda is operating underneath the hard shell of the Iranian regime’s protection,” he said. “America has far less visibility on Al Qaeda’s capabilities and activities now than we did when they were in Tora Bora or even the mountainous regions of Pakistan.”

Terrorist operatives are now granted logistical support in the form of passports and travel documents; allowed to fundraise and communicate, and able to put a new emphasis on plotting attacks

“They have new tools for terror,” he said.

Pompeo warned that the Iran-Al Qaeda partnership hangs a terror threat over the region and elsewhere and could threaten the recently forged peace agreements between Israel and nearby Arab countries. “If al-Qaeda can use terror attacks in the region to blackmail nations from joining the warm peace with Israel, then we risk grinding generational momentum for peace in the Middle East to a halt,” he said. Al Qaeda leaders could increase their influence in places like Syria and Somalia, launch attacks on European countries such as France and Germany. He saw a situation where Al Qaeda carried out attacks on orders from Tehran.

“You don’t have to be a former CIA director to see the Iran-Al Qaeda axis as a massive force for evil all over the world,” he said. Calling for more action, including UN Security Council sanctions on Iran, Pompeo announced sanctions on the Al Qaeda leaders at the Iranian “home base” and a reward of $7 million for one – Muhammad Abbatay.