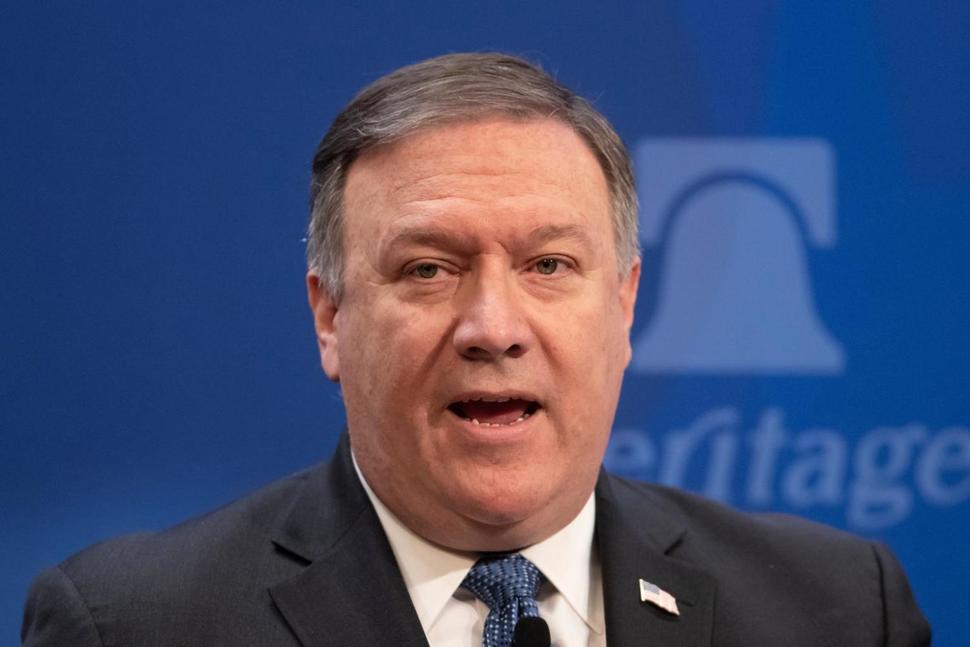 US Secretary Mike Pompeo on May 21 threatened Iran that unless it meets 12 US conditions, the Islamic Republic faces “unprecedented financial pressure.” In a speech delivered to the Heritage Institute, he laid out an exceptionally tough policy as a follow-up of the US exit from the 2015 nuclear accord.  The conditions he laid down raised a stop sign for European efforts to salvage the accord by persuading Iran to renegotiate its terms, efforts that have been spearheaded by French President Emmanuel Macron. Pompeo made it clear that any improvements or amendments to the original deal which, he said, “put the world at risk because of its flaws,” were no longer open to discussion. Instead, he slapped down before Tehran a long list of conditions as an ultimatum to comply with, or face “the strongest sanctions in history once they come into full force” adding that the “string of sanctions will only grow more painful if the regime does not change course.”

As for European business relations with Tehran, Pompeo made it clear that “punitive sanctions” would be applied to those who breach US sanctions.

Pompeo spoke of “unprecedented financial pressure” on Iran, which he called the world’s leading sponsor of terrorism. He predicted that the Islamic Republic will be “battling to keep its economy alive” under the sanctions and will have to choose between maintaining its economy or sponsoring terrorist and insurgent groups like Hizballah, Hamas, or Islamic Jihad, in countries like Lebanon, Syria, Iraq, and Yemen.

The key demands Pompeo laid down for Iran included:

Pompeo said that should Iran make “major changes,” the US will be willing to lift all sanctions.
DEBKAfile’s sources:  Pompeo’s detailed ultimatum will be taken in Tehran as a declaration of war by America on the Islamic Republic of Iran. The “maximum pressure” policy for Iran was not unexpected in view of the forthcoming nuclear negotiations ahead of the Trump administration and North Korea. Tough US sanctions are also seen to be well integrated with Israel’s continuous military assaults on the military sites Iran has been establishing in Syria.  The regime in Tehran will no doubt forcefully slam Pompeo’s ultimatum and may retaliate by resuming uranium enrichment coupled with military steps. On Monday, May 21, the US may be said to have gone to war against Iran.

41 thoughts on “Pompeo: Iran is a world threat, is in for the strongest US sanctions in history”