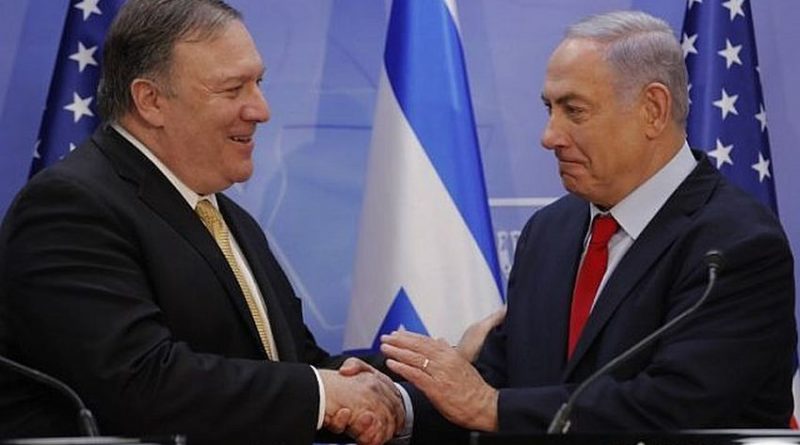 Secretary of State Mike Pompeo announced on Monday, Nov. 18, that the US repudiates the 1978 State Department’s opinion that civilian West Bank settlements are inconsistent with international law, AP reports. By this step, the Trump administration weighed into Israel’s deadlocked government formation process.

“Calling the establishment of civilian settlements inconsistent with international law has not advanced the cause of peace,” Pompeo said, “The hard truth is that there will never be a judicial resolution to the conflict, and arguments about who is right and who is wrong as a matter of international law will not bring peace.”

The view runs contrary to that of the Obama administration which allowed the UN Security Council to pass a resolution declaring the settlements a “flagrant violation” of international law.

The US would not take a position on the legality of specific settlements, according to Pompeo, who added that the new policy would not extend beyond the West Bank and create a precedent for other territorial disputes. He also said that the decision did not mean the administration was prejudging the status of the West Bank in any eventual Israeli-Palestinian peace.

Even though the decision is largely symbolic, it could also give a boost to Israeli Prime Minister Binyamin Netanyahu, who is fighting for his political survival, say US sources. He may see it as a green light for additional construction, or even annexation, of lands claimed by the Palestinians for a future state.

DEBKAfile:  This step by the Trump administration could help break the deadlock between Netanyahu and Benny Gantz of the Kahol Lavan party by driving the last nail in that party’s prospects to form a minority government based on United Arab List support. Those prospects were already fading as Gantz neared his Wednesday midnight deadline for forming a government. The US administration’s step may also give Netanyahu a much needed helping hand for reconstituting his right wing-religious coalition by persuading the key figure Yisrael Beitenu’s Avigdor Lieberman, who has been holding out for a unity government, to jump aboard after all. By continuing to sit on the fence, Lieberman would lay himself open to the charge of missing a historic opportunity. On the other hand, Kahol Lavan may be galvanized into beating the deadline and dropping its dogged objections to Netanyahu as partner in a power-sharing deal.