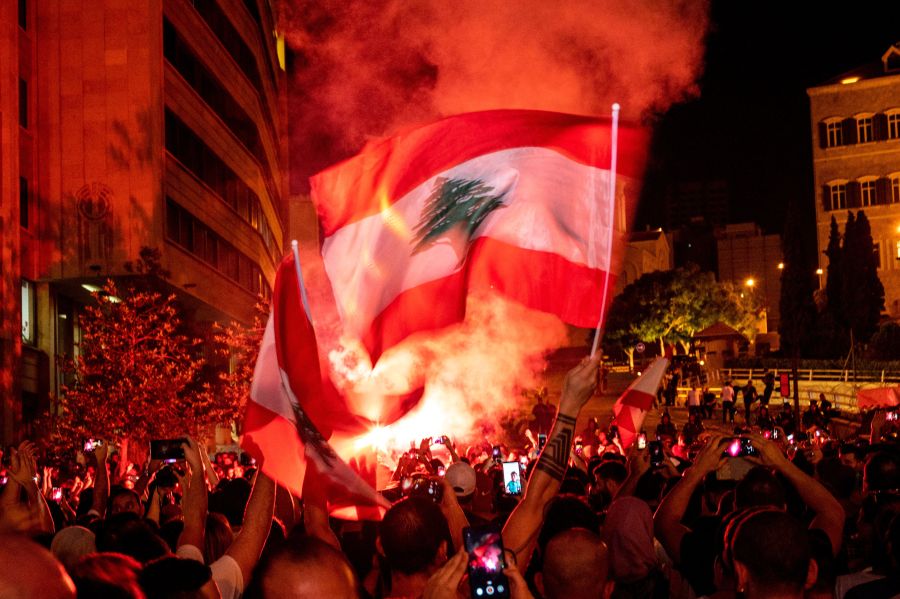 The demonstrations sweeping across Lebanon went into their third day on Saturday, Oct. 18, powered by such slogans as “Revolution!” and “The people want to bring down the regime.” Are the people willing to go all the way this time, as some Arab masses did in the spring of 2011? Will their anger over the unwillingness of their country’s ruling elite to forego a scrap of their wealth and power amid a crumbling economy prevail?
Previous street protests in Lebanon petered out without denting the power structure, like the “Cedar Revolution” of 2005 and the Garbage Revolution of 2018 (when the breakdown of government services left mountains of garbage on the streets up to the present day). The current demonstrations, which have shut down central Beirut, schools, shops, the international airport and the country’s highways, were sparked by new taxes, including a government levy on WhatsApp messages on cell phone that was later scrapped

Prime Minister Saad Hariri said in a speech to the nation on Friday night that his economic reform program must be approved and put into effect within 72 hours. He did not say what would happen if it was not. This sign of weakness further stoked popular anger.
There is not much Hariri can do in a regime whose top posts are divided on religious-ethnic-tribal lines among his own Sunni Muslim grouping, President Michel Aoun’s Christians and Hassan Nasrallah’s Muslim Shiite Hizballah. Lebanon has gone broke since the Gulf governments suspended trading with Beirut’s banks in a move against Iran’s powerful Lebanese proxy, Hizballah.  As a result, half of Lebanese’s population of 6 million is disconnected from the electricity grid and unemployment has topped 30 percent among young people.

This time, popular resentment is not pouring out against a single leader or grouping. but for the first in modern Lebanese history against the entire system, whereby three rival leaders rule the country in a consensus first devised for ending the country’s endemic civil wars. However, neither Aoun, Hariri or Nasrallah are showing any signs of giving up an inch of their power or disbanding their private militias for the sake of creating a new political order in Lebanon.

And so the protesters’ ire, which has turned to violence and vandalism, is being vented against the entire ruling system in Beirut, in an outburst that may be the prologue for a new civil war. So far, the riots and clashes with security forces have not thrown up a leader capable of leading a popular revolution to topple the elites in power. The ruling triumvirate may therefore be counting on the protesters giving up at length and resigning themselves to continuing to dwell amid the piles of garbage – or not.

97 thoughts on “Popular protests target Lebanon’s political system for the first time. Is it a revolution?”