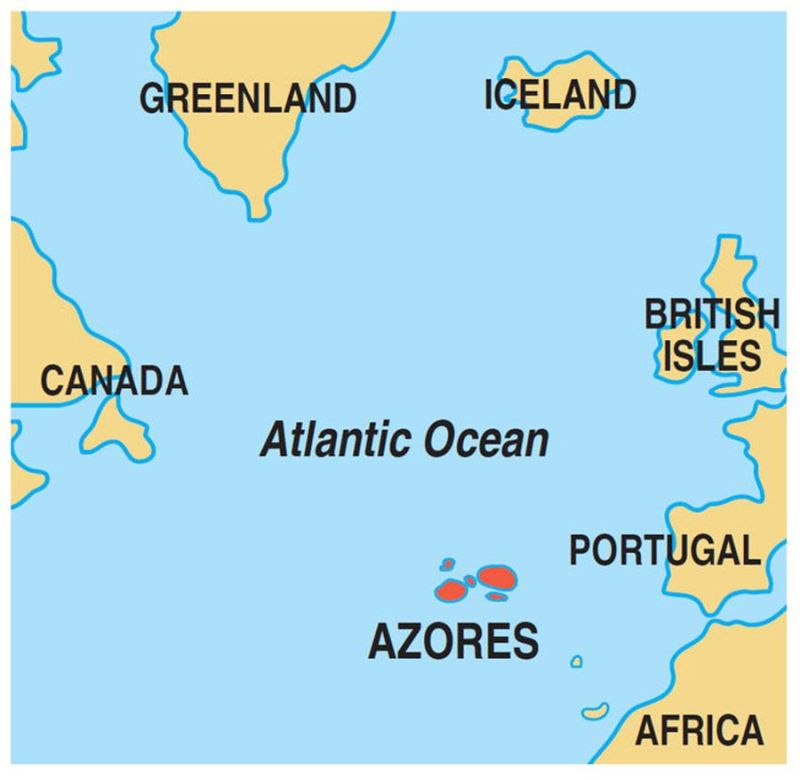 Surprise and alarm greeted the discovery in Washington and Brussels of a quietly negotiated deal for Portugal, a member NATO, to grant China a foothold on the strategic Azores Islands, known as the “crossroads of the Atlantic” for their strategic position across major shipping lanes. Portugal and China have concluded a program of cooperation to build a space launch complex on the islands. Beijing, which has a military presence in the Pacific opposite America’s eastern shores, is now within reach of a foothold opposite the US western seaboard as well. Chinese President Xi Jinping is expected to clinch the joint STARlab project during a state visit to Lisbon next month.

A glance at the map shows the Azores, a chain of nine volcanic islands, stretching some 370 miles into the Atlantic Ocean, the westernmost located about 2,600 miles from the US east coast port of Hampton Roads. During World War II, the Azores were known as the “Black Pit,” after Nazi U-boats used them to control Atlantic shipping lines and decimate Allied fleets. In 1943, the British army landed on the islands, followed by the first American bomber, a B-17. After UK and US bombers began flying attack patrols in a 500-mie radius around the islands, the balance of forces in the Atlantic arena was significantly changed.

The Sino-Portuguese cooperative program is a laboratory for building microsatellites for oceanographic research between their scientists and researchers. STARlab will establish facilities in Matosinhos and Peniche in Portugal and Shanghai in China, and construct satellites for conducting detailed research into the interaction of oceanography, agriculture and fisheries.

The project will cost 50 million euros (US$57m), says Portuguese Minister for Science and Technology, Manuel Heitor, with China and Portugal sharing the costs evenly. The organizations involved are the Chinese Academic of Sciences and the Science and Technology Foundation, as well the Tekever aerospace company and the Center for Product Engineering and Development in Portugal.

Under the title of the Atlantic International Satellite Launch Program, the proposed commercial launch project has attracted the interest of 14 companies and organizations from Europe, Russia and the US in building the spaceport on the Azores island of Santa Maria. Independent studies have found this mid-Atlantic island to be geographically advantaged. It permits an unobstructed launch trajectory over the ocean for polar or sun synchronous orbits and is situated between Europe, the Americas and Africa- uniquely compared with any other world space port. Lisbon is planning to select bid winners by mid-2019 and hopes the Azores spaceport will be up and running two years later.