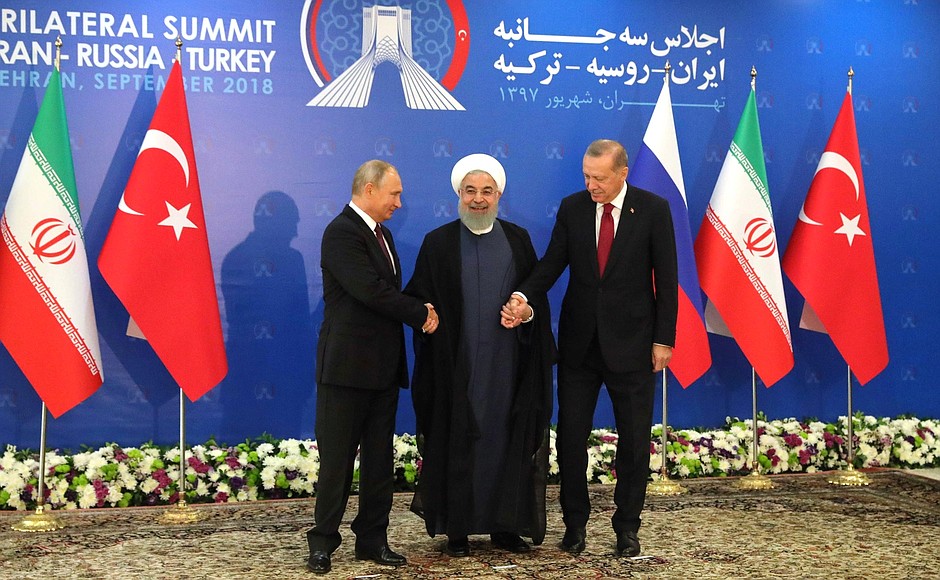 Shared mechanisms for beating US sanctions against Iran may be built into Syria’s massive post-war reconstruction program, DEBKAfile’s exclusive sources report. This plan was approved by Presidents Vladimir Putin, Hassan Rouhani and Tayyip Erdogan at their Tehran summit on Sept. 7. It topped their agenda, in addition to coordination among Russian, Iranian and Syrian forces in their coming offensive for demolishing the last Syrian rebel stronghold in Idlib. The pause in launching ground operations in Idlib is accounted for by two major hurdles:

At their conference in Tehran, the three leaders forged an economic-strategic pact to create measures for fighting American sanctions. One measure approved was to contract all business deals among Russia, Iran and Turkey, including gas and oil, in local currencies instead of American dollars. The same rule would apply to banking transactions. Russian Foreign Minister Sergei Lavrov first raised this proposal when he remarked that Russia and Turkey could conduct their bilateral trading deals to their national currencies instead of the US dollar.

US and Israel paid special note to the trilateral decision reached in Tehran to convert the massive projects for Syria’s post-war recovery (after Iran had solidified its military foothold there) into a back-door hatch for escaping US sanctions against Iran. During the Obama presidency, Oman and Abu Dhabi served this purpose; under Donald Trump, it will pass to Damascus, with the added benefit of  protection from the deepening Russian-Iranian-Syrian military cooperation.
More exclusive information about the secret decisions reached at the Tehran summit – and the mechanisms charted there for beating US sanctions – will be found in the coming issue of DEBKA Weekly 817 published on Friday, Sept. 14. If you are not already a subscriber, click here to receive this issue.