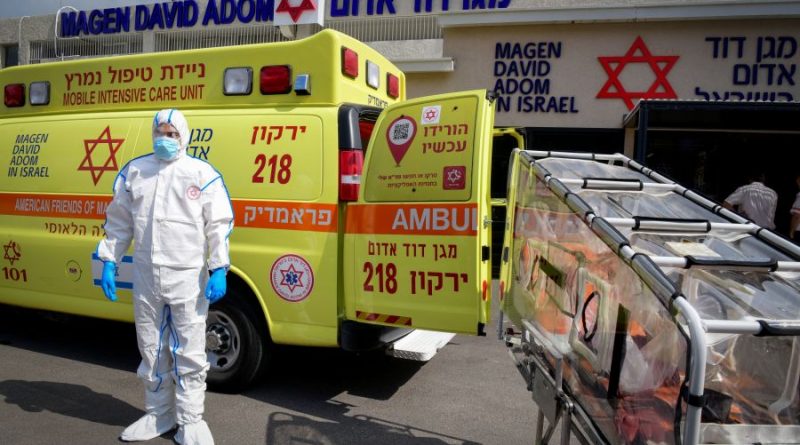 Nigeria reported the first case of coronavirus in sub-Saharan Africa on Friday, Feb. 28, one of 46 countries outside China reporting 3,700 cases and 57 deaths so far. Global markets had their worst day since the 2008, raising recession fears. World Health Organization (WHO) Director General Tedros Adhanom Ghebreyesus said in Geneva Thursday night that “all nations should prepare themselves for a potential pandemic,” as nations outside China now account for three-quarters of the new infections.

About 12 countries reported their first virus cases in past 24 hours, raising the total to 46 outside China with about 3,700 cases and 57 deaths. Nigeria, New Zealand and Estonia had just joined the list.

Mongolia President Khaltmaagiin Battulga and his accompanying staff who travelled to China on Thursday have been placed under quarantine. Battulga was the first foreign leader to visit China since the coronavirus outbreak.

In Iran, which has the highest reported proportion of coronavirus deaths outside China, Masoumeh Ebtekar, the highest-ranking woman in Iran’s government and a vice president, was confirmed as having contracted the disease, along with two members of parliament and the deputy health minister. Friday prayers were cancelled in Tehran and other cities. The Health Ministry spokesman in Tehran reported a death toll of 26 out of a total of 254 positive cases. This ratio raises questions about official figures and how the secretive regime is handling the crisis.

All Qatari citizens have been evacuated from Iran and arrived in Doha. They are all to be quarantined in a hotel facility for 14 days. The Trump administration has meanwhile slightly eased sanctions on Iran to allow for trade in medical supplies and food as Tehran struggles to respond to the coronavirus outbreak throughout the country.
Fears of a pandemic are already having a serious knock-on effect on the global economy. The Dow Jones registered its fourth 1,000-drop in its history, followed by three major US indexes. Asian stocks tracked another overnight plunge in response to Wall Street, with markets in China, Japan and South Korea posting heavy losses.

People appear to be stocking up on food and essentials as covid-19 spreads to new countries, while fears and uncertainties are causing havoc in air traffic and the financial, tourism and other industries. Global corporations, like Facebook, are cancelling international conferences for fear of infection and staging virtual meetings while cultural events are faced with declining audiences.

In Israel, which has clamped down extreme precautions, the wife of a coronavirus patient who, four days after returning from Italy was diagnosed with the virus, has also contracted the disease and joins him in quarantine. Israel’s Health Ministry decided to deny entry to Italy’s swimming delegation scheduled to take part in the first round of the European Open Water Swimming Championships in Eilat in the second week of March. El Al, the national carrier, is cancelling flights to two covid-19 hotbeds – Italy as of Friday and Thailand from Monday – as well as extending the suspension of routes to Beijing and Hong Kong.

55 thoughts on “Potential pandemic looms, says WHO, as covid-19 spreads to 12 new countries in 24 hours and global markets slump”