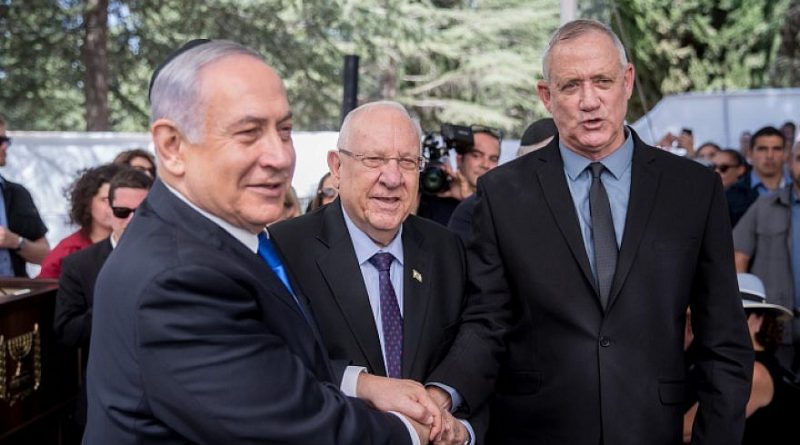 President Reuven Rivlin Sunday, April 12, rejected Kahol-Lavan leader Benny Gantz’s request for more time to form a government after his allotted 21 days were up. Rivlin also refused to pass the mandate to Likud leader PM Binyamin Netanyahu. He warned them that unless they clinched a power-sharing deal for dealing with the coronavirus crisis as a team by Monday night, the decision would revert to the Knesset in 22 days. This raises the specter of an unthinkable fourth election in a bit more than a year amid a raging pandemic.

While the political landscape has shifted since the March election, the deadlock continues. Neither major party commands a majority for leading a coalition government without the other. Gantz and Gaby Ashkenazi broke away from their Kahol Lavan partner Yair Lapid and Moshe Ya’alon because the latter refused to sit in the same government as Netanyahu, regardless of the national emergency. Gantz was left with a shrunken party of 19 Knesset members – 21 if Labor comes aboard.

Netanyahu, while commanding a 59-strong right-wing religious bloc, is likewise short of the magic 61-member majority. Potential supporters, MKS Yoaz Handel and Zvi Hauser, are in only if Likud partners Kahol Lavan in an emergency government.

The partial agreement already in place between them would rotate the premiership between the Likud and Kahol Lavan leaders, with Netanyahu leading for the first 18 months before handing over to Gantz for the same period. Ministerial portfolios would be shared between them on an equal basis. They also agreed on terms for the annexation of the Jordan Valley and Jewish locations in Judea and Samaria.

One last sticking point is the justice ministry which is claimed for Kahol Lavan’s Avi Nisankorn. Likud’s demand for an equal say in judicial appointments was sharply rejected by Kahol Lavan.

In his request for more time, Gantz explained that the two parties were very close to signing a unity agreement but needed more time to clinch the deal. Likud countered that the President should now pass the baton to Netanyahu. The president refused to accede to either requests. He had clearly decided that enough was enough and the only way to break out of the chronic political deadlock was to knock the two heads together and give them 24 hours for a deal.

Netanyahu appeared to be thinking twice over the big question mark hanging over the supreme court’s ruling on a petition regarding his competence to form a government with three criminal indictments against him. His term would therefore be abruptly cut short. On the other hand, a last-minute scramble may produce some sort of government, after all – either in the next 24 hours or 20 days from now..