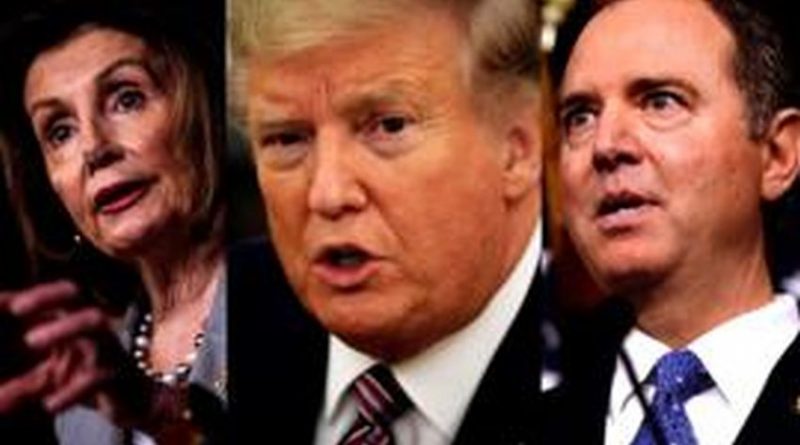 The Democratic-led US House voting on Dec. 18 to impeach President Donald Trump finds him guilty of “abuse of power.” For the Republicans, he has done nothing wrong and they command enough Senate votes to acquit him.

Although impeachment by the House is an unpleasant blow for President Trump, he can console himself with the 6pc rise of his approval rating since the Democrats launched their impeachment inquiry against him for alleged abuse of power in his dealings with Ukraine and obstruction of the Congress probe by withholding witnesses. The vote later Wednesday night, Dec. 18, was to be preceded by six hours of debate, three hours each for Democrats and Republicans.

The Democrats have the majority they need in the House to impeach President Trump. A Senate trial would begin in January. But with the Republicans in control, he can expect to be acquitted by a two-thirds vote. Only two US presidents have ever been impeached – Andrew Johnson and Bill Clinton – and neither was removed by the Senate.

Ahead of the vote, the president sent a six-page letter to House Speaker Nancy Pelosi, the moving spirit behind the impeachment initiative, calling the House inquiry a partisan “crusade,” an “unprecedented and unconstitutional abuse of power” and a “spiteful” “election-nullification scheme.”

At the same time, Trump’s prospects for re-election in 2020 are looking up. According to the latest Gallup poll released on Wednesday, his job approval rating stands at 45pc, boosted by 6pc since the impeachment proceedings were launched by the rival Democrats in autumn. Gallup also found that 89pc of Republicans approve of Trumps performance on the job and only 8pc of Democrats disagree.

While fuming over the impeachment move, Trump goes into the 2020 campaign bucked by strong economic news: 250,000 jobs were added in November and 57pc of Americans said they were better off financially since he took office. He has also reached a “Phase 1” trade deal with China and expects a $200bn boost in exports from the deal over two years.