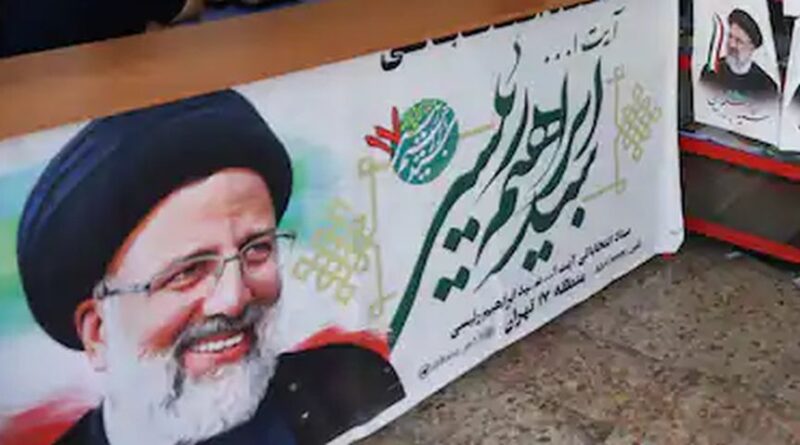 Iran’s presidential election on Friday. June18, has raised more alarm signals in the West and Israel because the ultra-radical, anti-West Ebrahim Raisi, 60, is practically assured of winning after his path was smoothed by supreme leader Ayatollah Ali Khamenei. This successor of the diplomatically accessible Hassan Rouhani promises would be a far tougher nuclear negotiator than heretofore, as well as an instigator of greater repression at home.

The overwhelmingly young generation, frustrated by economic hardship, lack of social freedoms and few choices at the ballot box, is likely to stay home. If Raisi gets less than 50pc of the vote, it goes to a second round.

Raisi, like Khamenei, was born in the northeastern town of Mashhad. His family claims direct descent from the Prophet Muhammed making him a strict pedant on religious affairs and entitles him to wear a black turban. In 2019, Khamenei placed him at the head of the Iran’s judiciary, a convenient post for purging his leading opponents, together with his appointment as Deputy President of the Assembly of Experts, the body charged with selecting Iran’s supreme leader. Both Khamenei and Raisi espouse the most extreme interpretation of the Koran as the linchpins of domestic policy and foreign relations. Raisi advocates central regime control of the national economy, by means of such organizations as the Revolutionary Guards Corps. He is dead against any foreign parties hold a role in the economy
Raisi would prefer to eschew all contact with the United States (“Big Satan”) – except that he is pragmatic enough to see that engaging the big powers over a nuclear deal is the only way to get rid of sanctions. His pathway to victory in the presidential election was cleared by the disqualification of 600 other candidates, leaving only six. Four share Raisi’s extremist views, and only two are either “moderates” (in foreign relations) or “reformists” (more liberal on social freedoms).

DEBKAfile’s Iranian sources find five reasons why the supreme leader and his elite establishment want to see one of their own ilk in the presidency: