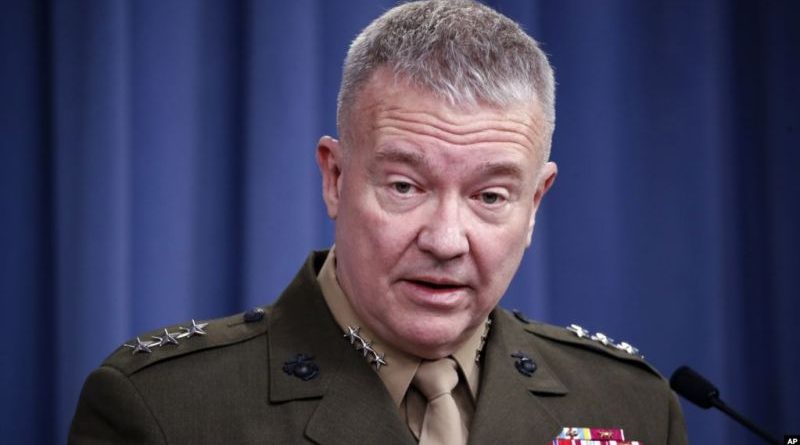 US Marine Gen. Frank McKenzie, US Mid-East commander, paid a quiet visit to Baghdad on Tuesday, Feb. 4, after Mohammed Tawfiq Allawi was named by the Iraqi president to form a new Iraqi government. This was the first visit to Baghdad by a high-ranking American commander since the killing of Iran’s Al Qods chief Qassem Soleimani in a US air strike last month.

Allawi is known to be close to the Lebanese Hizballah’s chief Hassan Nasrallah, whom Tehran has entrusted with consolidating its influence in Baghdad in the wake of the assassination. There is therefore a high risk that the incoming Iraqi prime minister will push harder than his short-lived predecessors to evict US forces from the country. The Iraqi parliament had previously made this demand, but it was not binding on the government. Allawi, egged on by Nasrallah, is expected to rephrase the resolution in a way that forces government action, DEBKAfile’s military and intelligence sources report.

Gen. McKenzie’s mission in meetings with top Iraqi generals was to caution them against the prime minister going through with this step. He then traveled to the big US air base of Ain Al-Asad near the Iraqi-Syrian border. The consequences of Gen. McKenzie’s meetings in Baghdad are tensely awaited before determining whether Washington will respond to a fresh Iraqi demand to withdraw US forces (more than 5,000 military personnel) or continue to ignore it.

Iraq has been in uproar for the past four months over violent Shiite anti-government demonstrations – mostly in the Shiite south and Baghdad. An estimated 556 have been killed and thousands injured in brutal crackdowns by pro-Iranian militia thugs. The demonstrators are also protesting excessive Iranian influence in Baghdad. Incoming PM Allawi said publicly that the protesters were right and promised to meet their demands. However, the Hizballah chief is now running the show in Baghdad. He is armed by Tehran with the authority both to intensify the crackdown on the demonstrators and continue to deploy the powerful armed pro-Iraqi militias against  American military and other interests in Iraq, as well as US allies, such as Israel, by their Syria-based contingents.