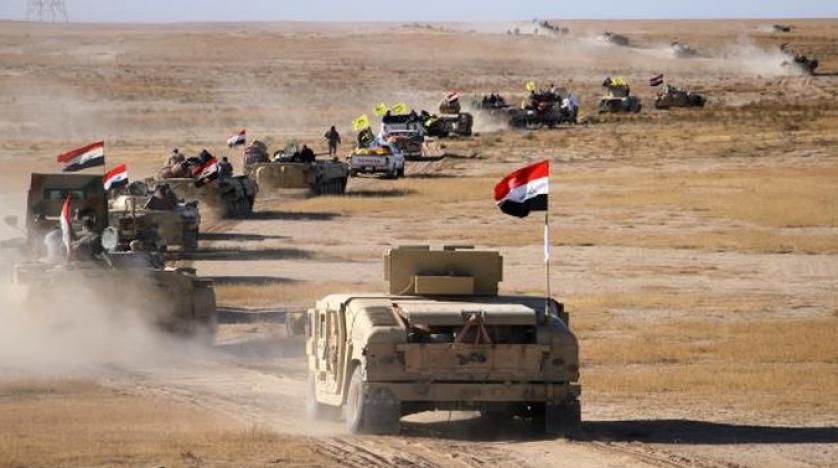 Iran was on its next move by the time the US announced on Sept. 21 the deployment of more troops and enhanced air and missile defense systems for Saudi Arabia and the UAE in response to the attack on Saudi oil facilities. As the USS Nitze destroyer deployed to the northern Red Sea opposite the Saudi coast, armed with Aegis combat systems for tracking and intercepting cruise missiles, Iraqi Shiite Population Mobilization Forces (PMU) swarmed up to Iraq’s borders with Saudi Arabia and Jordan, DEBKAfile’s exclusive military and intelligence sources reveal.

Washington’s cautious response to the attack on Saudi Arabia and US sanctions were met by Iranian aggression in full momentum and its heightened threat to Saudi Arabia and US allies. By posting its Iraqi proxy PMU forces on the two border regions, Tehran directly threatens the Saudi capital Riyadh from the north and Israel from the east.

This is also Tehran’s countermove for the Saudi-Israeli air strikes on the IRGC Al Qods-PMU military compounds at Abu Kamal in eastern Syria and Al Qaim on the Iraqi side of the border. (See the previous DEBKA report).

According to our sources, the PMU’s double border takeover began on Sept 18 and was in place by Saturday. Sept. 21. The operation was set up by the Al Qods chief, Iran’s Middle East commander Gen. Qassem Soleimani, who spent part of last week in Baghdad in conference with PMU leaders. An officer called Col. Qassem Masliyah was appointed to lead Iran’s seizures of the two key borders. The operation was codenamed “The Will of Victory.”

The Iraqi militia used the Iraqi national army’s operations against ISIS remnants in western Iraq to camouflage its movements, at times even exploiting the Iraqi air force for its secret purpose. However, by Sunday, Sept. 22, The Will of Victory cat was out of the bag. Iraqi prime minister Adel Abdul-Mahdi ordered the army to recover the border regions from the PMU. This was largely an empty step, since the Iraqi army is no match for the powerful pro-Iranian militia and its commanders are unlikely to take on the challenge.