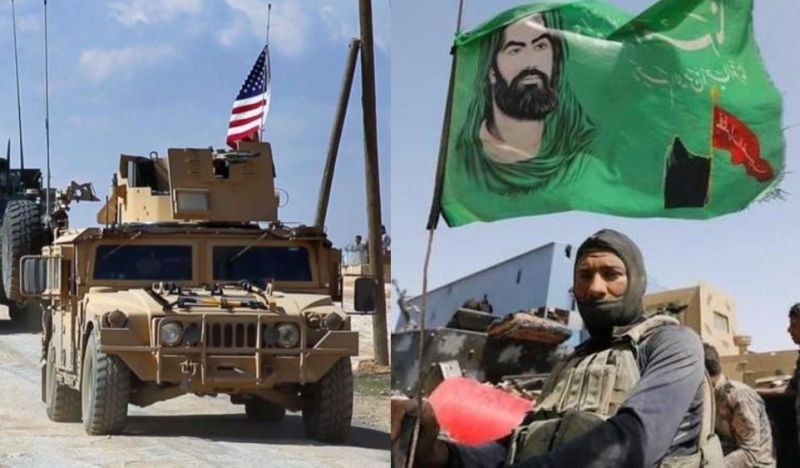 Next month, two pro-Iranian factions in the Iraqi parliament plan to table a demand for the withdrawal of US forces from their country. It will be moved by the two largest pro-Iranian Shiite factions, Badr and Asaib Ahl al-Haq, who together command 30 seats. On Monday, Jan. 28, Qais Al-Khazali, head of the Ahl al-Haq faction, warned that US troops would eventually be driven out by force if they did not yield to “the will of the Iraqi people.” He was certain that in the coming vote, more than half of the members of parliament would reject the US military presence “as a matter of principle.”

This legislation may not pass, say observers in Baghdad, but it weighs heavily on the Iraqi government’s relations with US troops in the country.

DEBKA Weekly’s sources see three ongoing events with the potential for striking dangerous sparks. One is the forthcoming US pullback from Syria. Another is the pressure by pro-Iranian elements in Baghdad to expel US forces from Iraq. A third is the buildup of Iraqi army units in Anbar, the western province along the Iraqi-Syrian border. They claim they are there to help the Syrian army fight the remnants of ISIS.

The slightest shift in any of the three scenarios could spark incalculable consequences. For instance, a sudden thrust by pro-Iranian Iraqi militias into Syria would delay the US withdrawal from Syria and harm its interests in the east and the north, as well as placing the US-allied Syrian Democratic Army led by the Kurdish YPG in jeopardy.

An outright clash was narrowly avoided last week between American troops and the pro-Iranian Iraqi Popular Mobilization Units (PMU) over control of the long Iraqi-Syrian border. It is within this Syrian border area that a large-scale military operation is underway to purge Syria of the last Islamic State remnants. On Monday, Jan. 21, the Iraqi government stopped these pro-Iranian units from crossing into Syria, although they were standing ready for the order to move. That order never came, due to an unresolved dispute over the PMU’s participation in the counter-ISIS operation. The US commanders would not hear of PMU units crossing into Syria and were only ready to accept local Arab tribes.

However, the operation was not called off, only held in abeyance. The Iraqi troops assigned to the campaign were not sent back to their previous posts.

DEBKA Weekly’s sources disclose that, at this point, Israel took a hand in developments. Prime Minister Binyamin Netanyahu notified President Donald Trump that Israel would not countenance the entry of pro-Iranian Iraqi PMU troops into Syria. And if they did cross over, nonetheless, the IDF would attack them and force them to retreat and cross back into Iraq.