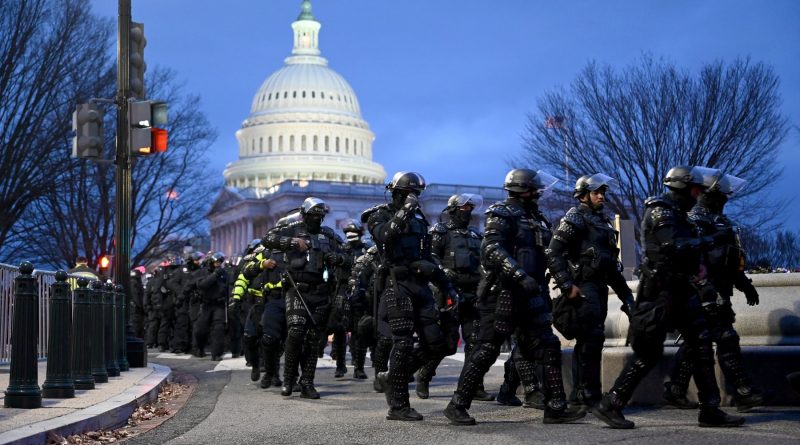 Congress early Thursday, Jan. 7, certified enough electoral votes to guarantee Joe Biden as 46th US president, in the face of a rampage through Capitol Hill by pro-Trump protesters bent on overturning the process. President Trump for the first time acknowledged his defeat – albeit without conceding. “Even though I totally disagree with the outcome of the election, and the facts bear me out, nevertheless there will be an orderly transition on January 20th,” when Biden is to be sworn in.

Trump aired this message through an aide after Twitter closed his account. He added, “While this represents the end of the greatest first term in presidential history, it’s only the beginning of our fight to Make America Great Again!”

This announcement closed a day of rampage and chaos on Capitol Hill.

A woman was shot dead by police, three suffered medical crises in the chaos generated by a mass break-in to the chamber of Congress on Jan. 6 by Trump protesters bent on halting the certification of Joe Biden’s win in the 2020 presidential election. They came from a rally in support of President Trump’s claim of fraud. Some 12 police officers were injured while arresting more than 50 rioters. The two chambers, evacuated in the hours of mayhem, have since reconvened to finish the count. Georgia has since proclaimed a Democratic win.

Two hours into the chaos, President Trump called out the National Guard (see photo) and told protesters to “stay peaceful.” Earlier, as Capitol Hill was placed under lockdown and armed Capitol police evacuated the senators from the House floor, protesters scaled walls and smashed windows to swarm into the building before trashing furniture in the chamber. Gunshots were heard from inside the building and lawmakers were seen with drawn sidearms, while others hunkered down. A shooting victim was transported out of the building.

Biden responded with a speech on TV furiously denouncing the episode as “an assault on the rule of law.” He said Trump most go on television and call “for an end to this siege.”

Capitol police asked for backup as even Republican senators appealed to President Trump to tell the protesters to go home and calm the situation.
Congress meanwhile went into recess and paused the electoral count and certification process. Republican lawmakers in both chambers had planned to obstruct the count in a last-ditch attempt to delay Democratic president-elect Joe Biden’s inauguration as president in support of Trump’s claim it came from a fraudulent election..

Vice President Mike Pence, despite Trumps’ pressure to act and overturn the election results against protocol, released a letter confirming he will not reject electors, noting his role is largely “ceremonial.” The die for the final results was cast in two runoffs in the southern state of Georgia. The extra two seats which the Democrats captured gives that party effective control of the Senate with 50 senators. The Republicans would lose control for the first since time 2014 and the Democrats control bot houses for the first time since 2009.
The Georgia victory offers the Biden’s presidency a huge boost Congressional certification of the national election will remove the last barrier to his swearing-in as president on January 20.