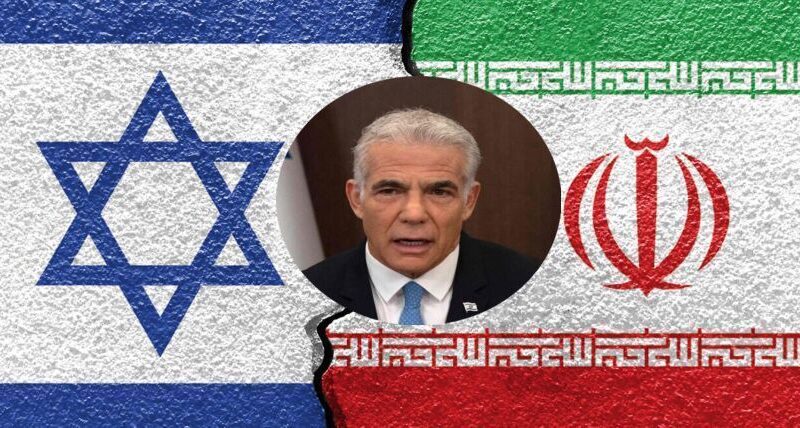 The soon-to-be-signed nuclear deal “does not meet the standards set by President Biden himself for preventing Iran becoming a nuclear state,” Prime Minister Yair Lapid said to foreign correspondents at a special briefing on Wednesday, Aug. 24. “We can’t live with this accord, because it is a bad one,” Lapid said, and accused the EU of reneging on their “take it or leave” stipulation for its final draft, allowing Iran to submit counterdemands and changes.

This would create “huge political pressure on [the IAEA] to close open cases without completing a professional investigation.” He quoted Rafael Grossi, the director-general of the UN watchdog, who said earlier this week that Iran had yet to provide “credible explanations” on the source of radioactive material uncovered at avowed non-nuclear sites.

How is it possible to sign this accord after the UN Atomic Energy Agency’s verdict? Lapid asked. And why are they to be rewarded with some $100bn a year [in lifted sanctions] after their heinous breaches of all their commitments. “

This money be used to undermine stability in the Middle East and spread terror around the globe.” It would be used to fund “people who are trying to kill authors and thinkers in New York,” he charged, a thinly veiled reference to the recent stabbing of author Salman Rushdie.

“This money will fund the Revolutionary Guards and Basij which oppresses the Iranian people. It will fund more attacks on American bases in the Middle East.

The sweeping annulment of sanctions on the frozen accounts of organizations conducting or sponsoring terror will allow Tehran to freely launder illicitly gained funds. Iran will also be complicit in helping other nations punished by sanctions to bypass them. A broad highway will open up for funding terrorism.
Short of direct military action, there is very little Israel and its prime minister can do, over and above harsh allegations, to prevent the revived nuclear accord from going through to be signed by the same world powers which endorsed the original deal in 2015. Then, too, Israel will depend on Washington’s nod before sending its armed forces into action.

It is now blindingly evident that the Lapid-Bennett government’s strategy of smiles, good will and endless trips by high-ranking officials back and both between Jerusalem and Washington were unavailing for blowing this document out of the sky. President Biden listened to Israel’s objections but never budged from the goal he had set of a revived nuclear deal with Iran. Defense Minister Benny Gantz can’t expect any breakthroughs on Thursday, when he travels to Washington for a last-ditch attempt at persuasion.

Even Iran’s acceptance of the US refusal to remove the Revolutionary Guards from its list of terrorist organizations, hailed this week as “a concession” is not accompanied by a single word of commitment by Tehran to halt the Guards’ sponsorship of terrorist groups. They can therefore continue undisturbed to be free to run the Basij who oppress the Iranian people, and lavishly fund and arm Hizballah, Hamas, and Islamic Jihad,” the prime minister charged.