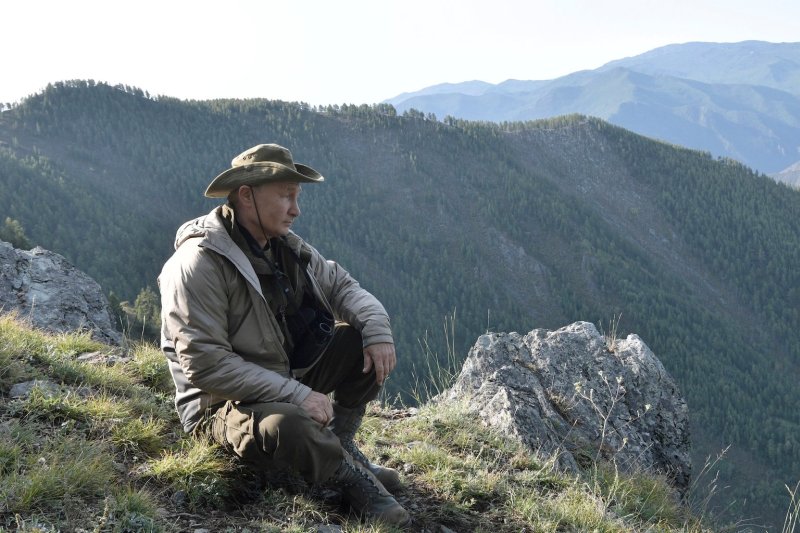 It may be hard to pin down the moment when Russian President Vladimir Putin turned against President Donald Trump and decided to throw all his strategic, economic and military weight behind the ayatollahs in Tehran and their bid to deepen their military grip on Syria. Did he decide to go all the way against Washington before, during or after his summit with Trump on July 16? Was it due to pent-up resentment after the US administration piled on sanctions to the tune of a non-stop stream of castigation from Washington on the charge of meddling in the US election? Did he then decide he was in the same boat as Iran? Or was it because he found a US president at their Geneva summit politically hounded by his own intelligence establishments?

And maybe too the pleasant face which Russian president turned previously to Trump was a fraudulent mask for disguising his schemes for weakening America as a world power.

This week, Putin took a defining step. He set Sept. 7 as the date for an exclusive triple summit in Tehran with Iranian President Hassan Rouhani and Turkish President Tayyip Erdogan, to be the platform for launching his next grand plan for Syria. DEBKA Weekly discloses its four goals:

But, ahead of the Tehran summit, the Russian president was already setting pieces on the board this week. The first came in the form of Iranian Defense Minister Brig. Gen. Amir Hatami arriving in Damascus on Aug. 28 at the head of a large military delegation. Official sources in Washington, caught off guard, belittled the importance of the visit in their internal briefings, given Hatami’s low rank in the pecking order in Tehran. DEBKA Weekly’s sources countered this view, maintaining that its importance could not be overrated. And indeed the Iranian minister put before Bashar Assad a set of expanded military pacts for him to sign. They had been drawn up in painstaking detail by joint Russian and Iranian military and intelligence teams working secretly at the Russian Defense Ministry in Moscow since mid-July, under Putin’s personal oversight. By signing the new pacts on Sunday, Assad empowered Iran to rebuild from top to bottom the Syrian armed forces, which were largely wiped out by seven years of civil war, as well as reconstructing and expanding Syria’s military industry including missile production.

Therefore, when last week US Secretary of State John Bolton and Prime Minister Binyamin Netanyahu were putting the final touches on plans for a joint offensive against Iran in Syria, Putin was ready to go with his plans for augmenting the Iranian military presence in Syria. They call for thousands of Iranian officers, military instructors, engineers and technicians to be integrated in the operation of every remodelled Syrian contingent and every new arms factory going up in the country. No US and/or Israel strike on a Syria military target can henceforth avoid hitting Iranian military personnel embedded there. But it will face formidable resistance, shored up by massive Russian input. Putin has promised Rouhani and Assad the weapons systems they need to fend off a US-Israeli offensive, including even the use of the S-300 and S-400 air defense batteries held hitherto under Russian wraps in Syria. The US commitment conveyed to Netanyahu by Bolton to spread an aerial-special forces cover over Israeli operations against Iranian targets in Syria has been matched by Putin’s guarantees to Iran and Syria of a Russian air umbrella for their battles.

These guarantees are multilayer – not just air support. The Russian Navy has sent its largest task force to the Mediterranean Sea since Moscow launched its military intervention in the Syria war in 2015. It consists of 10 warships, most of them carrying Kalibr cruise missiles, and two submarines. More vessels are on their way. The armada is formally designated as support from the Syrian army’s coming operation to recover Idlib, the last province under rebel rule. Its size attests to a wider mission. (A separate article offers a detailed rundown of the vessels.)

Moscow’s safety net for Iran also includes economic levers for withstanding Trump’s sanctions. Russia’s financiers and bankers are developing a separate system for protecting its own and Iranian financial transfers against the potential shutdown of the SWIFT global transfer system. Russian central bank director Elvira Nabiullina revealed on May 23, “There are risks in using the global financial networks, the global financial system, of which Russia is a part. Therefore, since back in 2014, we have been developing our own channels, including a payments system. Inside Russia, we have created a channel for transferring financial data which is similar to SWIFT.”

The background of the high war tension which has shot up suddenly between Moscow and Washington over Syria is examined in a separate article.