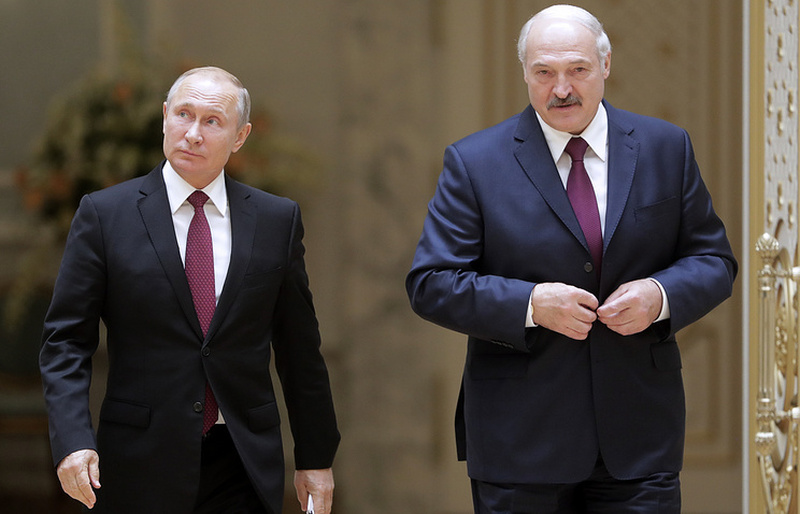 Russian President Vladimir Putin sensed a threat looming over Russian influence in Minsk when, ahead of their summit in Sochi on Wednesday, Aug. 22, Belorussian President Alexander Lukashenko, 63, sacked the country’s prime minister and other top ministers. Lukashenko accused the ousted leaders of ineffectiveness in the face of an economic crisis and replaced Andrei Kobyakov as prime minister with Sergei Rumas, head of the national development bank. Regarding relations with Moscow, Kremlin spokesman Dmitri Peskov stressed that Belarus is Russia’s closest ally and principal economic partner. He admitted there were minor issues in the relationship but called them “technical” and easily resolved.

But this turned out to be an understatement. Peskov had found it necessary to respond to allegations by Lukashenko on Aug. 10 that Russia had failed to honor its commitments within the Eurasian Economic Union and competed unfairly with its partners. It seems to DEBKA Weekly’s sources in East Europe that the dissonance between Moscow and Minsk runs a lot deeper than would appear from this exchange. In fact, Putin suspects the Belarussian president of planning constitutional amendments to undermine Moscow’s preferential status in Minsk. The Russian president is therefore preparing to freeze the Russian aid package worth $2 billion if that suspicion is borne out and has halted negotiations for another billion dollars. Moscow has also reportedly decided to limit exports of refined oil products to Belarus as of Sept.1. Since 2017, Belarus has substantially increased its resale of these Russian refined products to the EU including Poland and Germany.

To make sure that Lukashenko, who has been in power since 1994, doesn’t turn coat without warning, Putin has appointed a trusted diplomat Mikhail Babich as new Russian ambassador to Belarus, with the task of keeping an eye open for any surprises in store. This tough Putin crony’s presence will convey a warning to Minsk that Moscow is ready to resort to military or covert operations if Belarus ventures to expand its cooperation with the West.