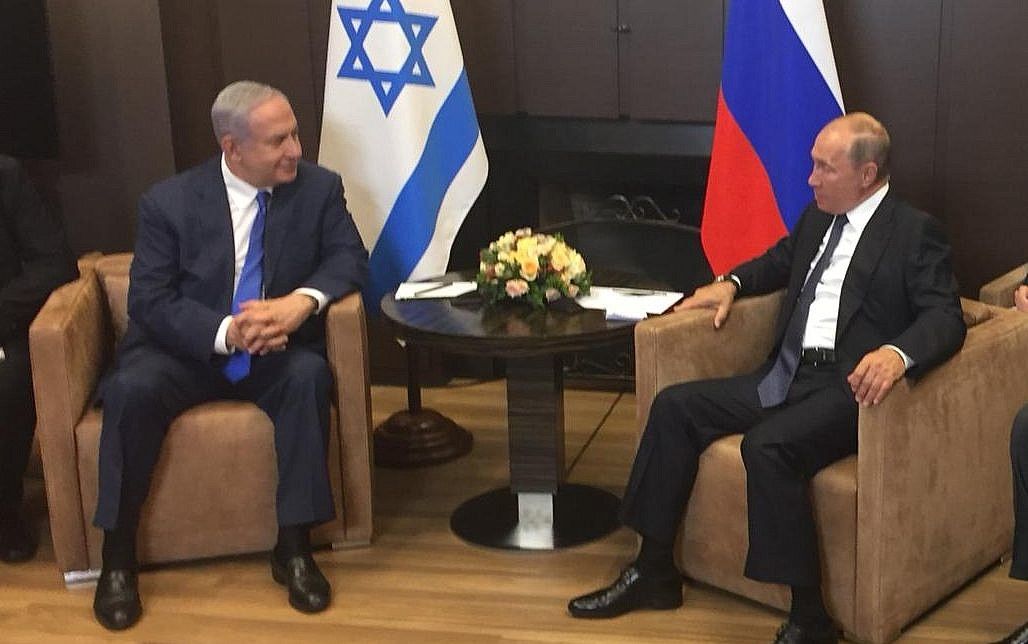 The Israelis sat down with Gen. Shoigu for more than an hour and-a-half, after which Netanyahu visited Putin who greeted him by saying: “I understand you had an excellent meeting with Shoigu and we shall talk about this later.” The prime minister replied that the bond between Moscow and Jerusalem “had prevented unnecessary and dangerous friction between their countries,” and “I can say without reservation that it is a fundamental component of regional stability.”
What was discussed in their three-hour long conversation?

DEBKAfile’s military and intelligence sources report that, in recent weeks, Putin has focused on redistributing Iranian forces in Syria by pulling them back to an 80km line from which they no longer pose a threat to northern Israel. He was persuaded to take this course by three considerations:

In recent weeks, our sources report that Russian forces, under orders from the president, have been pushing Iranian Al Qods Brigades and pro-Iranian Shiite militias out of bases within a m 80km radius from the Israeli border. Putin is therefore finally making good on the pledge he gave Trump at Helsinki in July 2018 to remove the Iranian military presence in Syria to that line.

He procrastinated on that pledge for 14 months for two reasons:

However, in recent weeks, the Russian president has taken up the cudgels and is forcing his will on the dissenters in the defense and foreign ministries, and keeping them under his eye.

Our intelligence sources disclose that all Iranian requests to the Russian command for permission to move soldiers into bases inside the 80-km adjacent to the Israel border were rebuffed.  The Russian officers also cancelled meetings with their Iranian counterparts to discuss the deployment of Iranian forces and proxies at the new air and naval bases going up in Syria.

These steps provided the context for Shoigu’s announcement on Sept. 3 that the Russian air and naval bases at Khmeimim in Latakia and the port of Tartous were to be upgraded since, “The tasks of protecting, preserving and maintaining the combat readiness of weapons and special equipment of the Russian military contingent [in Syria} are now in the forefront.” In other words, the Russian army was the dominant military power in Syria and Iran could forget about its longstanding hope of gaining a preeminent foothold.

Putin’s affection for Netanyahu and Israel’s special standing in the Kremlin were amply manifested by his willingness for them to spend three hours together with their aides in studying the map of Iranian locations and reaching agreements on which bases would stay, which would go and what weapons the Iranians would be allowed to deploy.