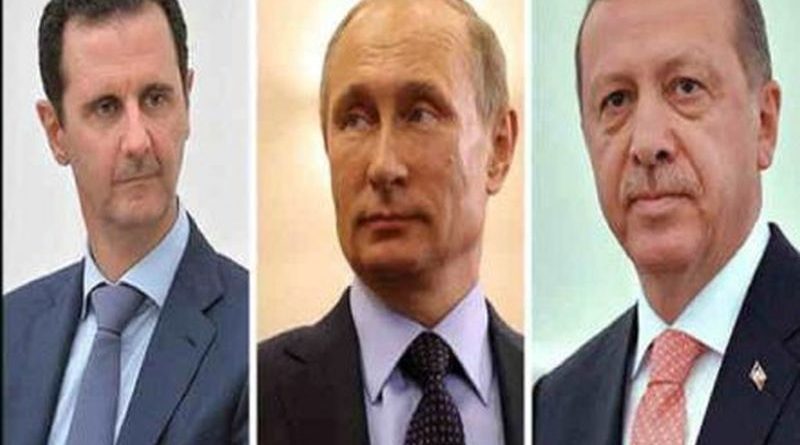 Cold calculations lurk behind the sound, fury and savagery of the battle for Idlib, Syria’s last rebel stronghold. They are fueling the hell-for-leather speed of the Syrian government army’s takeover of territory, with heavy Russian air support. Even more intriguingly, the Hayat al Tahri al-Sham (HTS) rebel militia has stepped away from resistance.

Muhammad Abdul Rahman, former HTS spokesman (who changed his name for safety), confirmed that the group had withdrawn its heavy weapons weeks before the pro-government military offensive to recover Idlib province. Parts of the province were handed over one by one without a fight, he said. Some of the fighters went AWOL to defend their own towns, while other HTS factions pretended to fight to save face.

Rahman explained the rapid fall of territory to the Syrian army by the “extensive and violent” Russian air campaign. The rebel tacticians decided not to sap their strength by fighting battles they were sure to lose. They realized that the government forces’ were unstoppable on flat terrain and so they withdrew to areas they were able to defend. The rebel groups claim to have inflicted heavy losses on government forces and allies, estimated at more than 1,500 dead including at least 140 officers and some Russian soldiers, with hundreds more injured.

Still, despite those losses, the HTS understood that the Assad regime will continue is Idlib offensive until it is stopped either by Russia or Turkey.

On Wednesday, Feb. 19, Turkey’s President Recep Erdogan declared open war on Bashar Assad’s army unless his Idlib offensive moves back to “behind Turkish military positions” by the end of the month. “We are counting down. That is our last warning,” he said. Turkey was determined to make Idlib a “secure zone” no matter the cost. “We will not leave Idlib to the Syrian regime,” Erdogan declared.

Turkish-Russian talks for resolving the crisis continue. Kremlin Press Secretary Dmitry Peskov warned Ankara that “an operation against the legitimate authorities of the Syrian Republic and armed forces would be the worst scenario.”

Meanwhile, nearly a million people have been forced from their homes, half of them children since the Syrian offensive began. The Turkish president’s threat would redouble the human disaster in northwest Syria.

It is becoming obvious that Moscow could do much more to rein in Erdogan’s bellicosity and halt the cruel bloodshed overtaking Idlib than desultory talks and vague threats to Ankara. Except that President Vladimir Putin’s pledge to restore regime control to all parts of Syria masks an ulterior motive. He is counting on the gulf between Ankara and fellow members of the North Atlantic Alliance becoming unbridgeable the deeper the Turkish army is mired in the brutal quick sands of northern Syria. Erdogan will not forgive those allies for refusing to come to his aid.