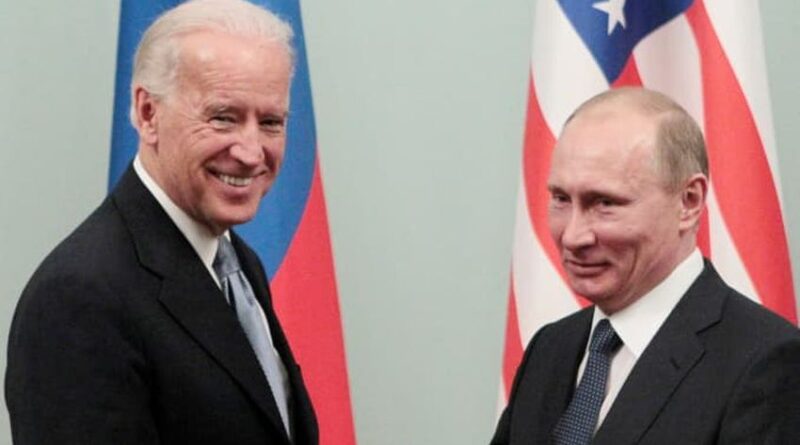 In his first response to US President Joe Biden’s “killer” remarks about him, Russia’s Vladimir Putin shot back on Thursday, March 18, that they “reflect America’s own troubled past and current problems.” Biden when asked in an interview on Tuesday, whether he thought Putin is a killer said, “I do,” adding “he will pay a price” after US intelligence released a report accusing him of meddling in the US elections.

Moscow’ first reaction was to recall its ambassador from Washington for consultations on “future ties with Washington. Putin followed on Thursday with a tough personal reaction. He said that the panful history of “slaughtering Native Americans and slavery” weighed on the United Sates, Otherwise, where would the Black Lives Matter movement come from.” Speaking during a video call with residents of Crimea marking the anniversary of the 2014 annexation from the Ukraine, the Russian president said that Moscow “would still cooperate with the United States where it answers Russia’s interests.”

Kremlin spokesman Dmitry Peskov deplored what he called “very bad remarks by the US president” that made it clear that “he doesn’t want to normalize relations.” He told reporters, “We will proceed accordingly,” but did state whether Moscow would go so far as to sever diplomatic ties with Washington.

Konstanin Kosachyov. deputy chairman of the Russian upper house, called for a US apology for President Biden’s remarks.  Moscow “may retaliate” unless it gets one, he warned. “I suspect the ambassador’s recall to urgently discuss future ties “will not be the last reaction,” said Kosachyov. ”Biden’s comments were unacceptable, would inevitably inflame already bad ties, and ended any hope in Moscow of a change of US policy under the new administration.

Russian Foreign Ministry spokeswoman Maria Zakharova earlier blamed the US for bringing bilateral ties to a “dead end.” Moscow, she said was “interested in preventing their irreversible deterioration, if the Americans are aware of the associated risks.”

Commenting on the recall of the Russian ambassador on Wednesday, White House spokeswoman Jen Psaki emphasized, “We will be direct, we will speak out on areas where we have concerns, and it will certainly be, as the president said last night — certainly, the Russians will be held accountable for the actions that they have taken.”

The Biden administration has authorized sanctions against Russian officials over the alleged poisoning of opposition leader Alexei Navalny and Russia’s “use of chemical or biological weapons against its own nationals.” Those sanctions were due to go into effect on March 18, highlighting the emphasis on human rights the Biden administration intends to lay in US foreign relations.