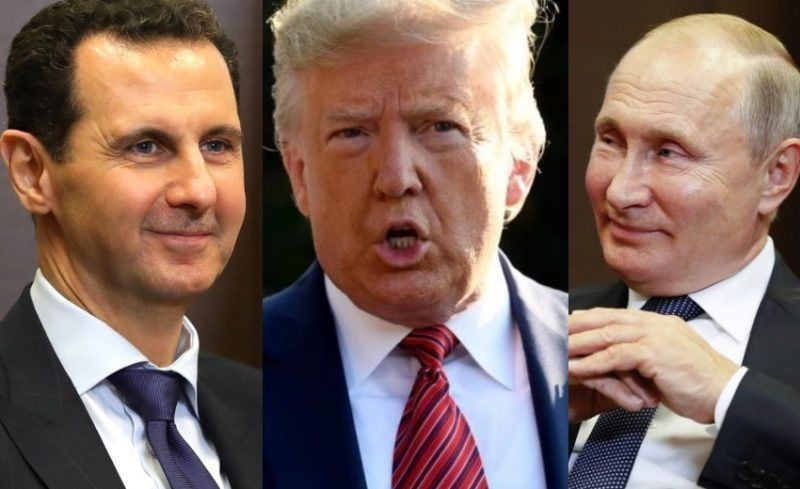 Moscow sent out almost daily, increasingly harsh, warnings to Turkey to cease the operation its army launched against the Kurds of northeast Syria on Oct. 9. The first signs of a Turkish forces’ pause in their advance came about on Tuesday, Oct. 15 and was still more or less in force on Thursday.

On Sunday night, Oct. 13, President Vladimir Putin first cracked the whip: “All the forces deployed illegitimately inside any sovereign state, in this case Syria, must leave. Syria’s territorial integrity must be completely restored,” The next day, the Kremlin said it did not want to “entertain the possibility of a clash in Syria between Russian and Turkish forces and Moscow was in regular contact with Ankara.

Asked if Moscow was worried that Russia could get sucked into a clash in Syria with Turkish forces, Kremlin spokesman Dmitry Petrov said that was the last thing it wanted, “We wouldn’t even like to think about that scenario.” He added that Moscow had warned all sides in the Syrian conflict to avoid any action that could “escalate tension in the area or damage the fragile political process.”

This was diplomatic-speak for a warning to Ankara to halt its advance into Syria or risk being forced to retreat by Russia’s armed strength.

A more explicit warning went out on Tuesday. The Kremlin’s envoy for Syria Alexander Lavrentiev called Turkey’s military offensive in northeast Syria “unacceptable” and denied Ankara’s operation had been cleared by Moscow in advance as President Recep Erdogan had claimed on Monday.

This was followed by a report of Russian military police being mobilized to separate Syrian and Turkish forces in northern Syria. The Russian defense ministry said that Syrian government forces allied with Russia were in full control of the northern Syrian town of Manbij.

As to Kobani, which is important to the Americans, DEBKA Weekly’s sources report that, while boasting publicly that he would never back down, Erdogan agreed in a conversation with President Trump on Tuesday, ct. 15, to refrain from attacking that key SDF town.

The Turkish leader also talked by phone with Putin and they arranged to meet in Moscow next Tuesday, Oct. 22.

Before then, on Thursday, Oct. 17, Vice President Mike Pence and Secretary of State Mike Pompeo were due in Ankara to press the US demand for a truce and for Turkey’s pullback from Syria on pain of economic sanctions.

Putin is less susceptible to domestic political fallout that Trump, who is fighting for reelection in 2020 and beset with a bid for his impeachment. Neither does the Russian leader care much about international opprobrium. While not keen on a military clash with Turkey, he would not hold back if he deemed this necessary. But then, he would go all the way and chase Turkish troops across the border out of Syria.

Erdogan understands this. He knows the Russian president has never budged from his insistence that the recovery of Syria’s total territorial sovereignty was the purpose of his 2015 military intervention in the civil war at Bashar Assad’s request, rejecting all the partition proposals put forward for ending that conflict.

Putin made this clear to President Barack Obama in mid-2015 during the six- power nuclear negotiations with Iran. The two presidents agreed secretly to split their spheres of influence in Syria, with the Americans responsible for the area east of the River Euphrates and the Russians holding sway in the west. Putin gave way provisionally on this point to procure the Obama administration’s acceptance of his military intervention in Syria that year.

Four years hence, Putin’s patience has paid off. He has achieved 90pc of his goals in Syria, capped this week by the withdrawal of US troops from 10 bases in Syria, excepting only the large Al Tanf garrison, which commands the Syria-Iraq-Jordan border junction and is the key to defending US bases in Iraq. Abandoning Al Tanf would render the US Ain Al Assad air base in western Iraq indefensible to attack from the west. The Russian leader can live with that last US foothold in Syria. The eastern Syrian oil fields are still in discussion.

Therefore, DEBKA weekly’s analysts reckon that the Russian leader will not immediately lean hard on Erdogan to remove his troops from Syria. He will give him some leeway to maneuver, but not very long.

When they meet in Moscow, next week, Putin will try and obtain the Turkish leader’s consent to voluntarily pull his troops out of Syria, against Moscow’s assurance that the Kurds will not be allowed to rebuild their armed forces. Putin will let him claim the credit at home for snatching the Kurds’ dream of independence, or even full autonomy, and boast that he extracted guarantees from Russia and Damascus to prevent the Kurdish “terrorists” from ever attacking Turkey from their territory.

But if Erdogan refuses to comply, Putin will have no compunction about setting his air force loose, without prior notice, to halt the Turkish advance in Syria, possibly even camouflaged as Syrian warplanes. This ruse may be borrowed from the 70s and 80s when Soviet pilots flew aircraft painted with Syrian and Egyptian insignia against Israel warplanes.

Putin can claim kudos as being the first leader since the Cold War years to achieve a partial US pullback from the Middle East. This goal eluded Saddam Hussein in 1990 and 2003 and is still is out of reach of Iran’s Ayatollah Ali Khamenei despite his tireless efforts.

Just 24 hours after the Syrian deal was in the bag, a glowing Putin landed in Riyadh on Monday, Oct. 14, three days after President Trump had announced the deployment of thousands of additional US troops to the Kingdom “to enhance the defense of Saudi Arabia.” The monarch and the president agreed that Russia’s importance for the security of Saudi national interests and oil exports was no less than that of America. US shortcomings in protecting Gulf oil shipping and an Iranian assault on Saudi oil facilities had opened the way for Russia to pitch sales of its advanced air and missile defense weapons to Riyadh and otherwise step into America’s shoes.