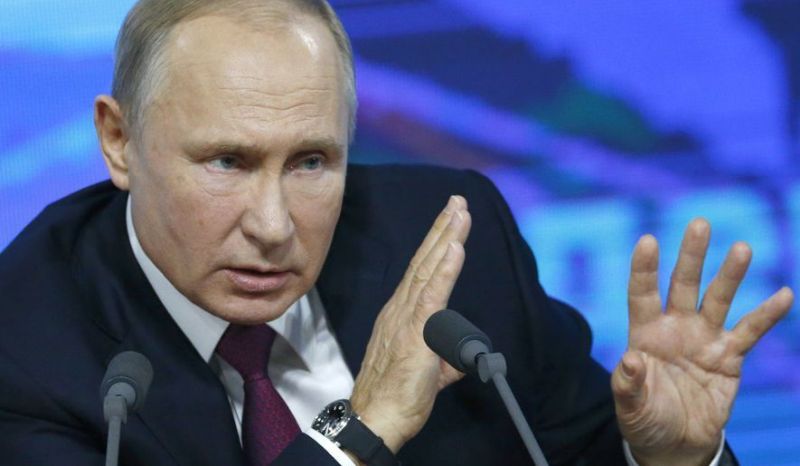 In the last three weeks, President Vladimir Putin‘s emissaries have turned up here, there and everywhere in the Middle East, focusing mostly on pro-American capitals.

In between those trips, on Jan. 28, Putin’s Special Adviser on Syria, Alexander Lavrentiev, and Deputy Foreign Minister Sergei Vershinin arrived in Jerusalem and sat down with Prime Minister Binyamin Netanyahu (who is also defense minister) and the director of Israel’s National Security Council, Meir Ben-Shabat.

The Russian diplomatic marathon covered a wide range of topics: Syria, Iran, Libya, Sudan, the Red Sea, the war on ISIS and Al Qaeda, and world oil markets. High on the agenda of the Russian talks with Gulf rulers were two issues: Moscow wants the oil-rich Arab governments to put up funding for the reconstruction of war-ravaged Syria, suggesting as a quid pro quo the curtailment of Iranian influence in Damascus.

The Saudis and Emirates tried to lock Russia and other non-OPEC governments in on management of the oil market for several years to come.

A week later, on Feb. 21, the Israeli prime minister is due in Moscow with plenty to discuss with Putin.

This diplomatic flurry is taken by DEBKA Weekly’s military and intelligence sources as the harbinger of major decisions by President Putin on his Middle East strategy for 2019. Since Washington has applied the brakes on the US military pullout from Syria – and a number of troops will certainly remain – the Russian leader sees Tehran turning up the military heat to force the Americans to withdraw – not only from Syria, but from Iraq as well. The various pro-Iranian Shiite militias under Iranian command will be harnessed for phased attacks on US forces in both countries, while, at the same time, Israel is not expected to sit on its hands but to soon resume its air and missile strikes on Iranian facilities in Syria.

The Russia president sees all the signs of the troubles in store and knows he can’t duck them.

On Wednesday, Feb. 6, Iran’s Foreign Minister Mohammad Javad Zarif commented: “The trilateral summit [in Sochi] will touch on Israel’s air strikes in Syria.” It will also review “the planned withdrawal of US forces from Syria.”

Turkey too is heading for a showdown. Erdogan refuses to lie down for the prohibition laid on him by Moscow and Washington against sending the Turkish army into Syria and is plotting how to use the next international crisis as an opportunity to go for Syria’s Kurds.

At the tail end of its civil war, Syria is therefore on the verge of blowing up into a battlefield, with the US and Israel ranged against Iran, and the Turks fighting Kurds. Putin knows that, unless he can arrest this nightmare scenario, he has no hope of realizing military and political gains from the heavy Russian investment he has sunk into his Syrian venture.